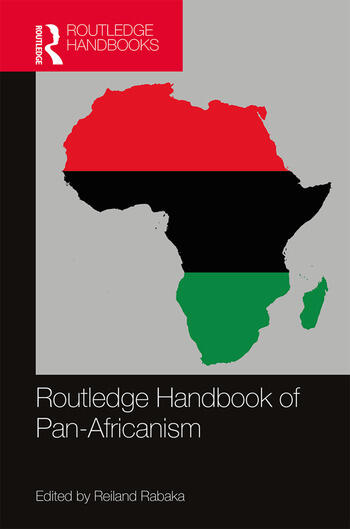 The Routledge Handbook of Pan-Africanism provides an international, intersectional, and interdisciplinary overview of and approach to Pan-Africanism, making an invaluable contribution to the ongoing evolution of Pan-Africanism and demonstrating its continued significance in the twenty-first century.

The handbook features expert introductions to, and critical explorations of, the most important historic and current subjects, theories, and controversies of Pan-Africanism and the evolution of black internationalism. Pan-Africanism is explored and critically engaged from different disciplinary points of view, emphasizing the multiplicity of perspectives and foregrounding an intersectional approach. The contributors provide erudite discussions of black internationalism, black feminism, African feminism, and queer Pan-Africanism alongside surveys of black nationalism, black consciousness, and Caribbean Pan-Africanism. Chapters on neo-colonialism, decolonization, and Africanization give way to chapters on African social movements, the African Union, and the African Renaissance. Pan-African aesthetics are probed via literature and music, illustrating the black internationalist impulse in myriad continental and diasporan artists’ work.

Including thirty-six chapters by acclaimed established and emerging scholars, the handbook t is organized into seven parts, each centered around a comprehensive theme:

The Routledge Handbook of Pan-Africanism is an indispensable source for scholars and students with research interests in continental and diasporan African history, sociology, politics, economics, and aesthetics. It will also be a very valuable resource for those working in interdisciplinary fields, such as African studies, African American studies, Caribbean studies, decolonial studies, postcolonial studies, women and gender studies, and queer studies.

Introduction: On the Intellectual Elasticity and Political Plurality of Pan-Africanism

1. The Origins and Evolution of Pan-Africanism

2. The Politics of Pan-Africanism

3. The Political Economy of Pan-Africanism: Imagination and Renaissance

4. From Pan-Africanism to Black Internationalism

7. Pan-Africanism and Decolonization: Between the Universal and the Particular

Part 3: Pan-Africanism in the African Diaspora

15. Pan-Africanism and the African Diaspora in Europe

17. "Long Live African Women Wherever They Are!": Black Women’s Pan-African Organizing during the Black Power Era

18. Pan-Africanism in the Court: W. E. B. Du Bois and the Politics of Imperial Ethiopia

20. Amilcar Cabral, Cabralism, and Pan-Africanism: The Dialectic of Revolutionary Decolonization and Revolutionary Re-Africanization

21. Pan-Africanism and the Anti-Colonial Movement in Southern Africa, 1950s-1990s

22. Women in Africa and Pan-Africanism

25. The African Union and the Institutionalisation of Pan-Africanism

27. Literary Pan-Africanism in African Literature: The Epics of Chaka Zulu and Sundiata Keita

29. "…Black People, Come In, Wherever You Are…": Pan-Africanism and Black Internationalism in the Black Arts Movement

30. Maya Angelou’s Afrocentric Journalism: A Contribution to Pan-Africanism and the African Renaissance

Part 7: The Contemporary and Continued Relevance of Pan-Africanism in the 21st Century

35. The Contemporary Relevance of Pan-Africanism in the 21st Century

Reiland Rabaka is Professor of African, African American, and Caribbean Studies in the Department of Ethnic Studies at the University of Colorado, Boulder, USA. Additionally, he is a Research Fellow in the College of Human Sciences at the University of South Africa (UNISA). He is the author of more than fifty scholarly articles, book chapters, and essays, as well as more than a dozen books including: Du Bois’s Dialectics; Africana Critical Theory; Against Epistemic Apartheid: W.E.B. Du Bois and the Disciplinary Decadence of Sociology; Forms of Fanonism: Frantz Fanon’s Critical Theory and the Dialectics of Decolonization; Concepts of Cabralism: Amilcar Cabral and Africana Critical Theory; and The Negritude Movement.