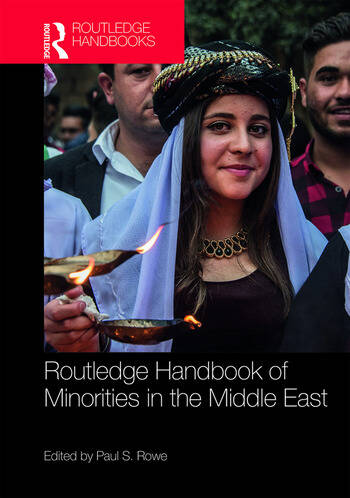 Routledge Handbook of Minorities in the Middle East

The Routledge Handbook of Minorities in the Middle East gathers a diverse team of international scholars, each of whom provides unique expertise into the status and prospects of minority populations in the region. The dramatic events of the past decade, from the Arab Spring protests to the rise of the Islamic state, have brought the status of these populations onto centre stage. The overturn of various long-term autocratic governments in states such as Tunisia, Egypt, Libya, and Yemen, and the ongoing threat to government stability in Syria, Iraq, and Lebanon have all contributed to a new assertion of majoritarian politics amid demands for democratization and regime change. In the midst of the dramatic changes and latent armed conflict, minority populations have been targeted, marginalized, and victimized. Calls for social and political change have led many to contemplate the ways in which citizenship and governance may be changed to accommodate minorities – or indeed if such change is possible.

This handbook presents leading-edge research on a wide variety of religious, ethnic, and other minority populations. By reclaiming the notion of minorities in Middle Eastern settings, we seek to highlight the agency of minority communities in defining their past, present, and future.

Section One: Majority-Minority Relations in the Middle East

4. The Praxis of Islamist Models of Citizenship in a Post-Arab Revolt Middle East: Implications for Religious Pluralism
Mariz Tadros

5. Minorities, Civil Society, and the State in the Contemporary Middle East: a Framework for Analysis
Paul Kingston

10. Christians from a Muslim Background in the Middle East
Duane Alexander Miller

11. The Yezidis: an Ancient People, Tragedy, and Struggle for Survival
Birgül Aҫikyildiz-Sengül

12. The Mandaeans in Iraq
Shak Hanish

13. Bahá’ís in the Middle East
Geoffrey Cameron with Nazila Ghanea

14. The Alawites of Syria: the Costs of Minority Rule
Leon T. Goldsmith

15. Particularism versus Integration: the Druze Communities in the Modern Middle East
Yusri Hazran

19. The Kurds in the Middle East
David Romano

20. Armenians in the Middle East: from Marginalization to the Everyday
Tsolin Nalbantian

21. The Palestinian Minority in the State of Israel: Challenging Jewish Hegemony in Difficult Times
Aviad Rubin

22. The Bedouin in the Middle East
Sarab Abu-Rabia-Queder

Section Four: Emerging Issues and Minorities in the Middle East

24. Sitting at the Crossroads: Sexual Minorities in the Middle East
Merouan Mekouar and Jean Zaganiaris

Routledge Handbook of Minorities in the Middle East