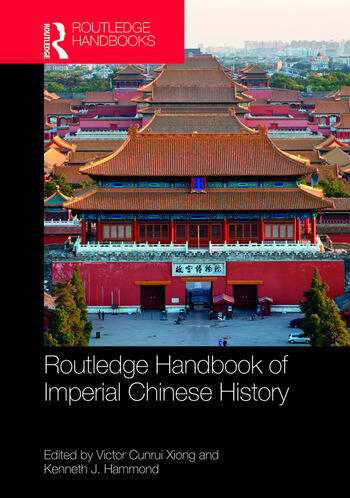 The resurgence of modern China has generated much interest, not only in the country’s present day activities, but also in its long history. As the only uninterrupted ancient civilization still alive today, the study of China’s past promises to offer invaluable insights into understanding contemporary China.

Providing coverage of the entire Imperial Era (221 BCE–1912 CE), this handbook takes a chronological approach. It includes comprehensive analysis of all major periods, from the powerful Han empire which rivalled Rome, and the crucial transformative period of the Five Dynasties, to the prosperous Ming era and the later dominance of the non-Han peoples. With contributions from a team of international authors, key themes include:

This book transcends the traditional boundaries of historiography, giving special attention to the role of archaeology. As such, the Routledge Handbook of Imperial Chinese History is an indispensable reference work for students and scholars of Chinese, Asian, and World History.

5. The Jin and the Sixteen States, Kawamoto Yoshiaki

Section 5 The Yuan and Ming Empires

Victor Cunrui Xiong is Professor of History at Western Michigan University, USA. His recent publications include From Peasant to Emperor: The Life of Liu Bang (2018) and Luoyang: A Study of Capital Cities and Urban Form in Premodern China, 1038 BCE to 938 CE (2016).

is Professor of History at New Mexico State University, USA. His recent publications include The Sage Returns: Aspects of the Confucian Revival in Contemporary China (2014) and Pepper Mountain: The Life, Death and Posthumous Career of Yang Jisheng (2007).