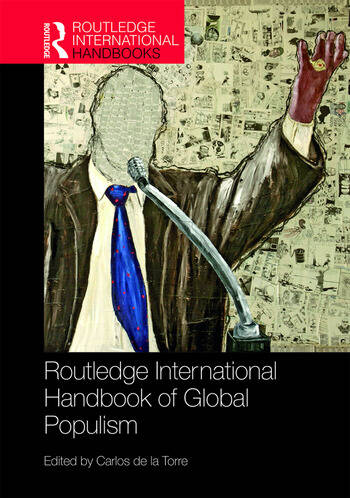 This volume illustrates the diversity of populism globally. When seeking power, populists politicize issues, and point to problems that need to be addressed such as inequalities, the loss of national sovereignty to globalization, or the rule of unresponsive political elites. Yet their solutions tend to be problematic, simplistic, and in most instances, instead of leading to better forms of democracy, their outcomes are authoritarian. Populists use a playbook of concentrating power in the hands of the president, using the legal system instrumentally to punish critics, and attacking the media and civil society. Despite promising to empower the people, populists lead to processes of democratic erosion and even transform malfunctioning democracies into hybrid regimes.

The Routledge Handbook of Global Populism provides instructors, students, and researchers with a thorough and systematic overview of the history and development of populism and analyzes the main debates. It is divided into sections on the theories of populism, on political and social theory and populism, on how populists politicize inequalities and differences, on the media and populism, on its ambiguous relationships with democratization and authoritarianism, and on the distinct regional manifestations of populism. Leading international academics from history, political science, media studies, and sociology map innovative ideas and areas of theoretical and empirical research to understand the phenomenon of global populism.

Part I: Contemporary theories of populism

4. The ideational Approach (Kirk A Hawkins)

5. Antiestablishment and the substitution of the whole with one of its parts (Nadia Urbinati)

Part III: The populist politicization of inequalities and differences

10. The emergence of ethno-populism in Latin America (Raúl L. Madrid)

12. Populism and race in the United States from George Wallace to Donald Trump (Joseph Lowndes)

Part IV: Populism and the media

Part V: Between democratization and authoritarianism

17. The influence of populist leaders on African democracy (Danielle Resnick)

23. Populism in Africa and the potential for "ethnically blind" politics (Nic Cheeseman)

27. From left to right and beyond: the defense of populism (José Pedro Zúquete)

Carlos de la Torre is Professor of Sociology at the University of Kentucky and Emeritus Professor at FLASCO-Ecuador. He has been a fellow at the Simon Guggenheim Foundation and the Woodrow Wilson Center for Scholars. He is the author of 13 books and over 100 articles and book chapters.