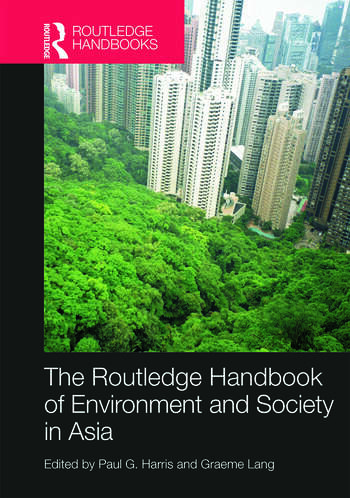 Routledge Handbook of Environment and Society in Asia

Nowhere is the connection between society and the environment more evident and potentially more harmful for the future of the world than in Asia. In recent decades, rapid development of Asian countries with very large populations has led to an unprecedented increase in environmental problems such as air and water pollution, solid and hazardous wastes, deforestation, depletion of natural resources and extinction of native species.

The editors conclude that, with nearly half of the human population of the planet, and several rapidly growing economies, most notably China, Asian societies will determine much of the future of human impacts on the regional and global environments. As climate change-related threats to society increase, the book strongly argues for increased environmental consciousness and action in Asian societies. This handbook is a very valuable companion for students, scholars, policy makers and researchers working on environmental issues in Asia.

Paul G. Harris is Chair Professor of Global and Environmental Studies at the Education University of Hong Kong.

Graeme Lang is a Professor in the Department of Asian and International Studies at the City University of Hong Kong.

Routledge Handbook of Environment and Society in Asia