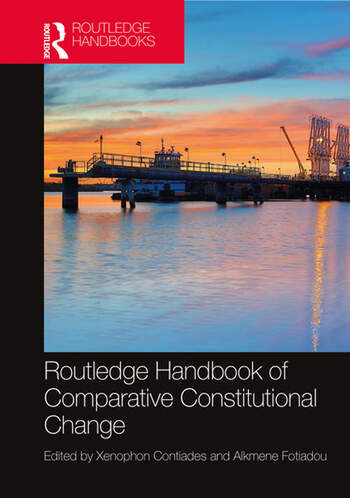 The Routledge Handbook of Comparative Constitutional Change provides a comprehensive reference tool for all those working in the field and a thorough landscape of all theoretical and practical aspects of the topic. Coherence from this aspect does not suggest a common view, as the chapters address different topics, but reinforces the establishment of Comparative Constitutional Change as a distinct field. The book brings together the most respected scholars working in the field, and presents a genuine contribution to comparative constitutional studies, comparative public law, political science and constitutional history.

Part I The study of comparative constitutional change: theoretical and methodological aspects;

9. Yaniv Roznai - The uses and abuses of constitutional unamendability;

Part IV Contemporary challenges in the theory and practice of comparative constitutional change;

19. Tomasz Tadeusz Koncewicz - The democratic backsliding in the European Union and the challenge of constitutional design;