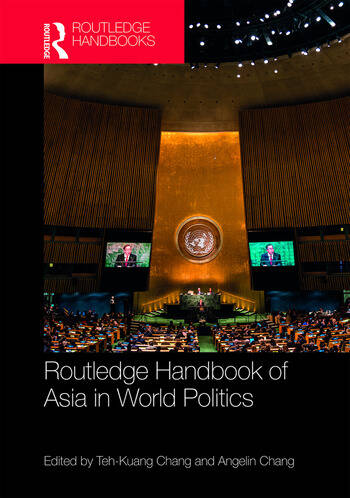 Asia is a complex and diverse continent, which has seen the scope and pace of transformation increase rapidly over the past 30 years. In turn, the economic growth and social change seen in the region, combined with new global security profiles and environmental challenges, have contributed to placing Asia at the forefront of international affairs.

This Handbook brings together leading scholars of different disciplines, including Politics and International Relations, Security Studies and Law, to provide a comprehensive analysis of both the prospects and problems which have emerged from Asia’s rise. Examining how developments across the continent have influenced global politics and how the region has responded to the international community in the modern era, the sections cover:

The Routledge Handbook of Asia in World Politics will be useful to students and scholars of Global Politics, International Relations and Asian Studies.

8. ASEAN and the Challenge of Multilateralism in the Asia Pacific, Shaun Narine

12. The European Union and the People’s Republic of China’s Attitudes Towards the Middle East: Convergent and Divergent Political Interests, Przemyslaw Osiewicz

Teh-Kuang Chang is Professor of Political Science at Ball State University. He is also Founding Chairman of the Research Committee on Asian and Pacific Studies of the International Political Science Association, which he established in 1976.

Angelin Chang is Professor of Law at the Cleveland-Marshall College of Law, Cleveland State University and Chair of the Research Committee on Asian and Pacific Studies of the International Political Science Association.