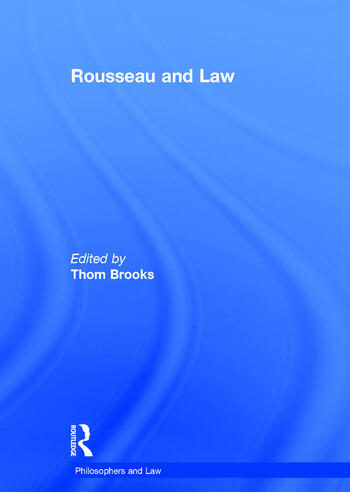 Jean-Jacques Rousseau stands as one of the most influential figures in the history of philosophy. His masterpiece-The Social Contract-has had a profound effect on legal and political theorists ever since its appearance. Rousseau and Law presents for the first time in one collection the most important contemporary work exploring his many contributions to legal theory. These essays deal with a variety of issues, such as social contract theories, democratic rights, fundamental law, natural law and natural rights, affinities between Rousseau and Dworkin's legal theories, narrative, bioethics, and promise enforcement.