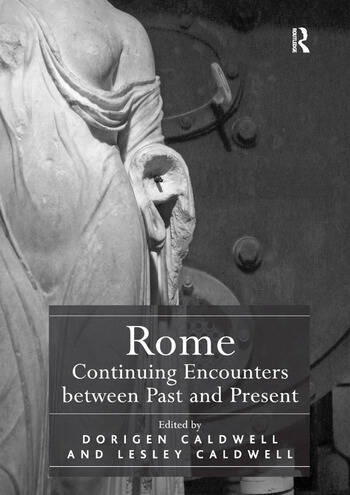 Rome: Continuing Encounters between Past and Present

Few other cities can compare with Rome's history of continuous habitation, nor with the survival of so many different epochs in its present. This volume explores how the city's past has shaped the way in which Rome has been built, rebuilt, represented and imagined throughout its history. Bringing together scholars from the disciplines of architectural history, urban studies, art history, archaeology and film studies, this book comprises a series of studies on the evolution of the city of Rome and the ways in which it has represented and reconfigured itself from the medieval period to the present day. Moving from material appropriations such as spolia in the medieval period, through the cartographic representations of the city in the early modern period, to filmic representation in the twentieth century, we encounter very different ways of making sense of the past across Rome's historical spectrum. The broad chronological arrangement of the chapters, and the choice of themes and urban locations examined in each, allows the reader to draw comparisons between historical periods. An imaginative approach to the study of the urban and architectural make-up of Rome, this volume will be valuable not only for historians of art and architecture, but also for students of cultural history and film studies.

'The essays are [...] well written and interesting... Recommended.' Choice '... a rich and layered collage that is tantalizing and necessarily incomplete... This volume both gives comprehensive form to many significant details of the city and illuminates the path for further exploration.' Bryn Mawr Classical Review 'This is an excellent book, with few weaknesses, and recommended highly for historians, art historians, archaeologists, and students of film, politics, and cultural theory. Read as a whole from cover to cover, it provides a fascinating, kaleidoscopic view of an ever-changing city. Of course, it is also a delight for any lover of Rome and, for a part-time resident of the city like myself, will provide many new perspectives literal and metaphorical.' Sixteenth Century Journal 'Where the Victor Emanuel monument fails, the editors of this book succeed... With a foreword by an urban planner, a concluding chapter by an archaeologist, and essays contained between them by scholars from a range of fields, the interdisciplinary nature of this book is one of its strengths.' Renaissance Quarterly '... a stimulating book and one that throws a bridge across archaeology, architecture, urbanism and art, and between ancient, medieval and modern times.' Medieval Archaeology

Rome: Continuing Encounters between Past and Present