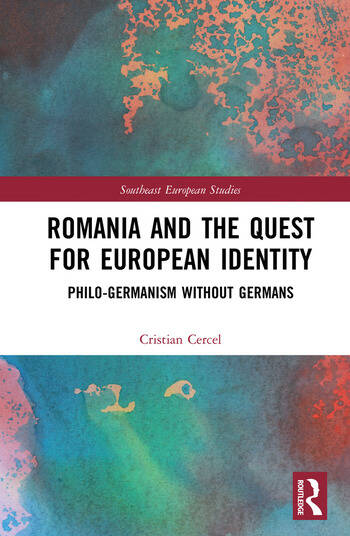 Romania and the Quest for European Identity: Philo-Germanism without Germans

Exploring the largely positive representations of Romanian Germans predominating in post-1989 Romanian society, this book shows that the underlying reasons for German prestige are strongly connected with Romania’s endeavors to become European.

The election, in 2014, of Klaus Iohannis as Romania’s president was hailed as evidence that the country chose a 'European’ future: that Iohannis belonged to Romania’s tiny German minority was also considered to have played a part in his success. Cercel argues that representations of Germans in Romania, descendants of twelfth-century and eighteenth-century colonists, become actually a symbolic resource for asserting but also questioning Romania’s European identity. Such representations link Romania’s much-desired European belonging with German presence, whilst German absence is interpreted as a sign of veering away from Europe. Investigating this case of discursive "self-colonization" and this apparent symbolic embrace of the German Other in Romania, the book offers a critical study of the discourses associated with Romania’s postcommunist "Europeanization" to contribute a better understanding of contemporary West-East relationships in the European context.

This fresh and insightful approach will interest postgraduates and scholars interested in Central, Eastern and Southeastern Europe and in German minorities outside Germany. It should also appeal to scholars of memory studies and those interested in the study of otherness in general.

Chapter 2 - Europe: The West and the East, betwixt and between

Chapter 4 - The Self and the Other

Chapter 5 - "...A Valuable and Unmistakable Contribution to the Life of Romanian Society"

Chapter 6 - "They Who Have No Germans, Should Buy Some"

Chapter 7 - 7. "The Rich Villages Around Sibiu and Brasov Have Been Invaded by the Gypsy Migration"

Cristian Cercel is postdoctoral researcher at the Institute for Social Movements within Ruhr University Bochum. He holds degrees from the University of Bucharest (BA), Central European University (MA) and Durham University (PhD). Before his current appointment, he held research positions and fellowships at New Europe College (Bucharest), Swansea University and the Centre for Advanced Study (Sofia). He has published in refereed academic journals such as Nationalities Papers; East European Politics and Societies and Cultures; Nationalism and Ethnic Politics; and History and Memory.

Romania and the Quest for European Identity: Philo-Germanism without Germans