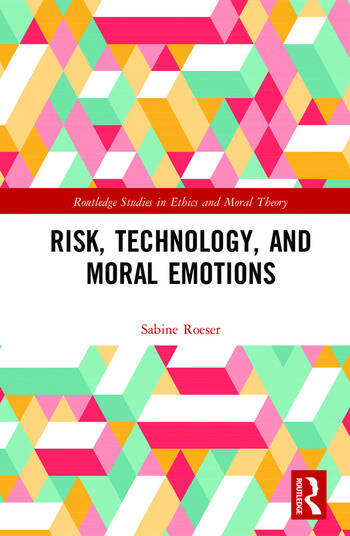 Risks arising from technologies raise important ethical issues. Although technologies such as nanotechnology, biotechnology, ICT, and nuclear energy can improve human well-being, they may also convey risks for our well-being due to, for example, abuse, unintended side-effects, accidents, and pollution. As a consequence, technologies can trigger emotions, including fear and indignation, which often leads to conflicts between stakeholders. How should we deal with such emotions in decision making about risky technologies?

This book offers a new philosophical theory of risk emotions, arguing why and how moral emotions should play an important role in decisions surrounding risky technologies. Emotions are usually met with suspicion in debates about risky technologies because they are seen as contrary to rational decision making. However, Roeser argues that moral emotions can play an important role in judging ethical aspects of technological risks, such as justice, fairness, and autonomy. This book provides a novel theoretical approach while at the same time offering concrete recommendations for decision making about risky technologies. It will be of interest to those working in different areas of philosophy—such as ethics, decision theory, philosophy of science, and philosophy of technology—as well as scholars in the fields of psychology, public policy, science and technology studies, environmental ethics, and bioethics.

2. Emotions and Values in Current Approaches to Decision Making about Risk

4. Risk Emotions: The ‘Affect Heuristic’, its Biases and Beyond

6. Reflection on and with Risk Emotions

Sabine Roeser is Professor of Ethics in the Philosophy Department at Delft University of Technology, The Netherlands