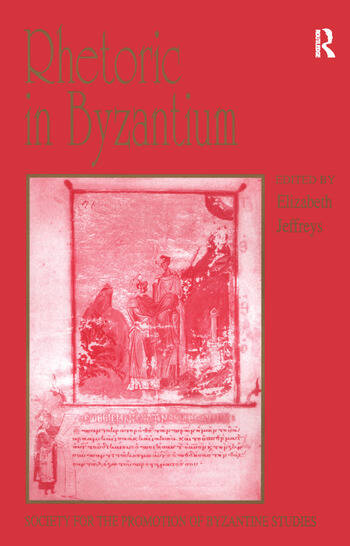 'Rhetoric in Byzantium' explores the ways in which rhetoric functioned in Byzantine society - as a tool for the effective communication of ideas and ideologies, but at times also a barrier that inhibited the expression of real feelings and everyday realities, and imposed a burden of decoding on outsiders. After an introduction on the practical and textual background to Byzantine rhetoric, the essays are grouped in five sections. The first two deal with the basis of rhetoric in Byzantium and its public uses, principally in imperial and ecclesiastical ceremonial. The next sections look at how rhetoric affects the definition of literature in a Byzantine context and the aesthetic to be used in approaching Byzantine literature, with reference to current critical approaches, and specifically at the role of rhetoric in the writing of history - does it only obscure the facts, or does the rhetorical process itself provide information at other levels? The final essays examine the interaction of the written word and pictorial representation and the question of whether real connections between rhetorical training and artistic production can be demonstrated.

Elizabeth Jeffreys is Bywater and Sotheby Professor of Byzantine and Modern Greek Language and Literature and Fellow of Exeter College, Oxford University, UK

'... a valuable addition to this inadequately represented area of scholarship. It suggests that it was a very stimulating symposium.' Parergon