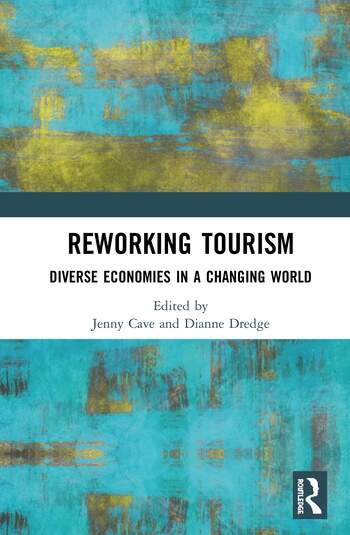 It is increasingly clear that we need to reposition tourism and move the focus from its traditional emphasis on profit, jobs, and growth.

The growing backlash against extractive and exploitative forms of tourism is demonstrated in the rise of ‘overtourism’, and collaborative economy platforms have contributed to concerns over housing affordability and availability. Anti-tourism activism is on the rise. The need to rethink the economic, political and social organisation of tourism in a global world has never been more apparent.

This book gives voice to a growing movement of scholars, activists and business leaders who acknowledge that we need to reinvent relationships between tourism production and consumption, and between labour, capital and resources. In the Global North, this exploration of alternative economic and political relationships in tourism has tended to be located at the margins of discussion. The Global South has much to teach the Global North about alternative economic models, different kinds of exchange, new relationships between labour, capital and resources, and resilience. Drawing from case studies in both North and South, this edited collection explores how some are reworking tourism, reshaping the economies of tourism, and in the process, how tourism can deliver social and economic wellbeing in a changing world.

will be of interest to scholars of tourism and development, as well as tourism and economics. The chapters in this book were originally published as a special issue of Tourism Planning & Development.

3. The Camøno: A Communitarian Walking Trail in the Sharing Economy

4. Development Alternatives in the Pacific: How Tourism Corporates Can Work More Effectively with Local Communities

6. The Tourism Model in Post-Castro Cuba: Tensions between Ideology and Economic Realities

7. Stand Up and be Counted—A Diverse Economy Perspective of Air New Zealand

9. Reworking Student Understanding of Tourism Mobility: Experiences of Migration and Exchange on a Field Trip

Jenny Cave (PhD) combines extensive experience in the cultural industries of the global south and Canada with community-academy collaboration. She is Associate Professor in tourism enterprise at Swansea University, Wales, and continues academic roles with Technological University Dublin, Ireland and University of Waikato, New Zealand.

(PhD) combines thought leadership with hands-on practical experience and collaborative action. She is Founder of The Tourism CoLab, and has professorial roles at Lund University, Sweden and Federation University, Australia.