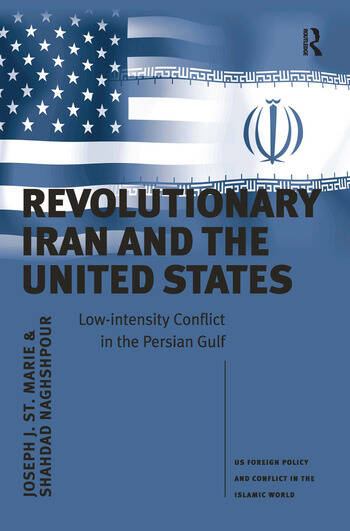 Revolutionary Iran and the United States: Low-intensity Conflict in the Persian Gulf

A unique and major contribution to the scholarly and policy debate on American foreign and economic policy toward the Islamic Republic of Iran. A volume that will be of interest to scholars and policy makers who struggle to understand the complex rivalry between these two nations and wish to analyze the Iranian/American relationship since 1979. Authors frame the conflicted relationship between Iran and the United States as a low intensity conflict, embodying elements of superpower gamesmanship, insurgent tactics and economic warfare. Revolutionary Iran and the United States is unique in its approach by exploring how diplomatic, military, and economic weapons are employed to bolster each nation's strategic and tactical advantage. This analysis encompasses the political, military, and economic facets of the rivalry.

'The literature on Iran and US relations is ever growing, which is interesting as the two countries have not had diplomatic relations since 1980! Yet contact between the two has been steady, if not frequent: in Iraq, Afghanistan, in nuclear politics, and also Middle East regional security, the two have both direct and indirect contacts, and have between 2004 and 2007 been involved in structured discussions about a wide range of issues. But in 2008, in the dying days of the Bush presidency, the two countries did concede to meeting publicly to discuss Iran's controversial nuclear programme, which was followed in December 2010 by another meeting in Geneva between Iran and the 5+1 (permanent members of the Security Council + Germany) over Iran's nuclear programme. To better understand these recent happenings, the new book by St.Marie and Naghshpour acts as an invaluable facilitator.' Anoush Ehteshami, Durham University, UK

Revolutionary Iran and the United States: Low-intensity Conflict in the Persian Gulf