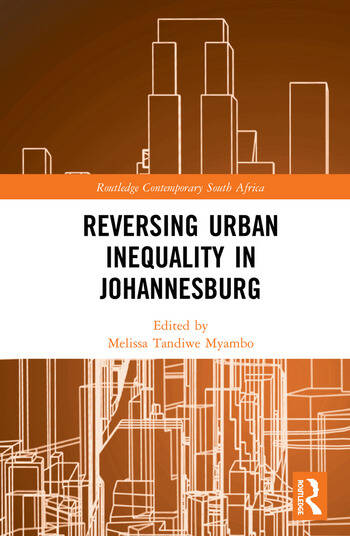 With the spread of capitalism - a socio-economic system that produces both wealth and poverty simultaneously - the spatial dynamics of the "global(izing)" city are creating more division between social classes, not less. This means that in the 21st-century, large cities around the world exhibit intensifying spatial inequality taking the form of a wealthy, privileged urban core ringed by a periphery of lower-income denizens far removed from the city’s resources and amenities.

This trend toward swelling socio-spatial division is especially pronounced in cities purporting to be "global", or in the case of Johannesburg, South Africa’s financial capital, a "world-class African city." Ironically, Johannesburg’s historical legacy of immense spatial inequality thanks to apartheid is the direction in which most "global(izing)" cities such as New York, Cairo, London, Shanghai, New Delhi, Jakarta, Lagos, Berlin, and São Paulo are headed. The globalization of neoliberal urban policy has made the city less welcoming, liveable, accessible and friendly for lower-income city residents.

This book asks if Johannesburg can unstitch its complex urban fabric to create a city with more democratic public transport, affordable housing in desirable locations and safe, socially and racially integrated public spaces. These pithy, solidly researched, accessibly written essays are instructive for all those who are interested in questions of spatial justice, urban development, history and planning and the general goal of making cities more livable and accessible for urban dwellers of all income levels.

The Micro-Politics of State-led Spatial Transformation: The suburban middle class in a Municipal Tribunal

There's Many a Slip 'twixt the Cup and the Lip: Questioning spatial transformation through Johannesburg’s Corridors of Freedom

Deconstructing and Decolonising Spatiality: Voluntary and affordable housing for a transforming Johannesburg

Affinities of Fear: Producing ‘safe’ spaces in a suburb North of Joburg

The Many Lives of a Chinese mall in Johannesburg

Apartheid Spatial Plan: Heritagisation and Museumification of the Past at Vilakazi Street in Soweto

Life behind the shop: A family history of work and home in

Envelopes of the un-planned in Johannesburg’s South

Research Associate, University of the Witwatersrand
, ,

Melissa Tandiwe Myambo is a Research Associate at the Centre for Indian Studies in Africa and an Honorary Research Fellow at Wits City Institute at the University of the Witwatersrand, South Africa. She holds a PhD from New York University and was a 2017 Writing Fellow at the Johannesburg Institute for Advanced Studies.