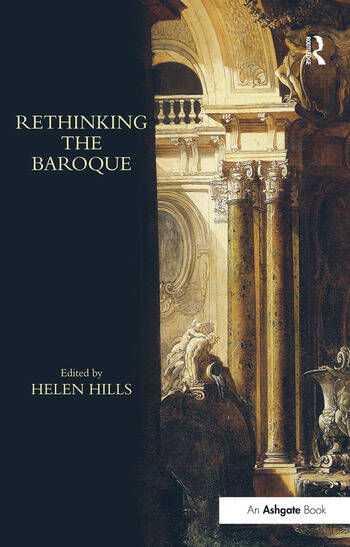 Rethinking the Baroque explores a tension. In recent years the idea of ’baroque’ or ’the baroque’ has been seized upon by scholars from a range of disciplines and the term ’baroque’ has consequently been much in evidence in writings on contemporary culture, especially architecture and entertainment. Most of the scholars concerned have little knowledge of the art, literature, and history of the period usually associated with the baroque. A gulf has arisen. On the one hand, there are scholars who are deeply immersed in historical period, who shy away from abstraction, and who have remained often oblivious to the convulsions surrounding the term ’baroque’; on the other, there are theorists and scholars of contemporary theory who have largely ignored baroque art and architecture. This book explores what happens when these worlds mesh. In this book, scholars from a range of disciplines retrieve the term ’baroque’ from the margins of art history where it has been sidelined as ’anachronistic’, to reconsider the usefulness of the term ’baroque’, while avoiding simply rehearsing familiar policing of periodization, stylistic boundaries, categories or essence. ’Baroque’ emerges as a vital and productive way to rethink problems in art history, visual culture and architectural theory. Rather than attempting to provide a survey of baroque as a chronological or geographical conception, the essays here attempt critical re-engagement with the term ’baroque’ - its promise, its limits, and its overlooked potential - in relation to the visual arts. Thus the book is posited on the idea that tension is not only inevitable, but even desirable, since it not only encapsulates intellectual divergence (which is always as useful as much as it is feared), but helps to push scholars (and therefore readers) outside their usual runnels.

Helen Hills is Professor of Art History at the University of York, UK. She has published widely on seventeenth-century Italian architecture, including Invisible City: the architecture of devotion in aristocratic convents in baroque Naples. She is the editor of Architecture and the Politics of Gender in Early Modern Europe (Ashgate, 2003) and co-editor of Representing Emotions (Ashgate, 2005).

'The baroque - the concept, not the period - has had a paradoxical destiny in the last few decades. Prudently shunned by academic historians of seventeenth-century European art and culture, it reemerges regularly - if uncritically - in textbooks and art exhibitions, on the one hand, and as an adjective in discussions of contemporary, postmodern culture on the other. Rethinking the Baroque from a serious, scholarly point of view, is thus a well-needed enterprise, and this collection of essays by some of the most important thinkers of our time marvelously tackles the task.' Renaissance Quarterly

'... this book’s greatest contribution is that it prompts historians of Baroque art and architecture to look again at the term and its implications, and with the aid of Deleuze’s "fold" reassess the period through the prism of its very construction and history as an archive worthy of study.' The Burlington Magazine

'Perhaps we sympathize with the baroque today because, as participants in a postmodern world, we are painfully aware of being suspended between the epistemological and the ontological-that is, between the way things seem and the way they are. We can no longer speak of the past in confident positivist terms and are only too cognizant that, like Walter Benjamin, we are blindly collecting shards of history for our own use. The question of what we as scholars, educators, and students do with these fragments is one of the many perplexing ones raised by this stimulating volume.' CAA Reviews

'Hill's purpose in assembling such a vibrant and diffuse collection of essays on the baroque was to 'trouble the smooth waters of a linear historicism' (p. 91), and this collection certainly succeeds in doing that ... Together, the essays offer a stimulating demonstration of the breadth of approach currently being taken in relation to the baroque.' Seventeenth Century