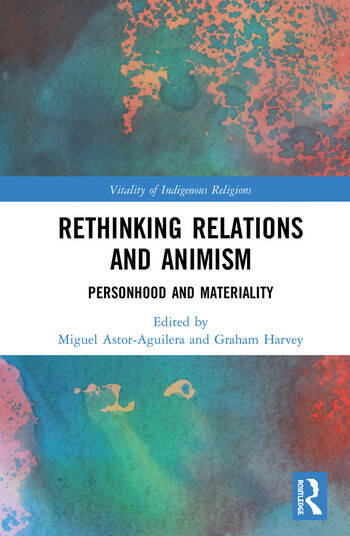 Personhood and relationality have re-animated debate in and between many disciplines. We are in the midst of a simultaneous "ontological turn", a "(re)turn to things" and a "relational turn", and also debating a "new animism". It is increasingly recognised that the boundaries between the "natural" and "social" sciences are of heuristic value but might not adequately describe reality of a multi-species world. Following rich and provocative dialogues between ethnologists and Indigenous experts, relations between the received knowledge of Western Modernity and that of people who dwell and move within different ontologies have shifted. Reflection on human relations with the larger-than-human world can no longer rely on the outdated assumption that "nature" and "cultures" already accurately describe the lineaments of reality.

The chapters in this volume advance debates about relations between humans and things, between scholars and others, and between Modern and Indigenous ontologies. They consider how terms in diverse communities might hinder or help express, evidence and explore improved ways of knowing and being in the world. Contributors to this volume bring different perspectives and approaches to bear on questions about animism, personhood, materiality, and relationality. They include anthropologists, archaeologists, ethnographers, and scholars of religion.

Introduction: We have never been individuals

1 On the Ontological Scheme of Beyond Nature and Culture

2 Persons or relatives? Animistic scales of practice and imagination

3 Adjusted styles of communication (ASCs) in the post-Cartesian world

5 Religious objects: Uncomfortable relations and an ontological turn to things

7 The Ontological Turn, Indigenous Research, and Niitsitapi Protocols of Reciprocity

10 "Are All Stones Alive?": Anthropological and Anishinaabe Approaches to Personhood

Miguel Astor-Aguilera is associate professor of religious studies at Arizona State University, USA. An anthropologist by training, his scholarship concentrates on material culture and socio-religious theory. He specializes in Mesoamerican ontology and cross-cultural personhood issues and his publications include "Comparing Indigenous Pilgrimage" (2008), "Latin American Indigenous Cosmovisions" (2016), and The Maya World of Communicating Objects (2010). His current research focuses on Maya ritual specialists in the Yucatan peninsula and their healing practices as related to their ecological behavioral environment.

is professor of religious studies at The Open University, UK. His research and teaching largely concern the rituals and protocols through which various Indigenous people and Pagans engage with the larger than human world. His publications include Food, Sex and Strangers: Understanding Religion as Everyday Life (2013), The Handbook of Contemporary Animism (2013) and Animism: Respecting the Living World (2nd edition 2017). He is co-editor of the Routledge monograph series "Vitality of Indigenous Religions".