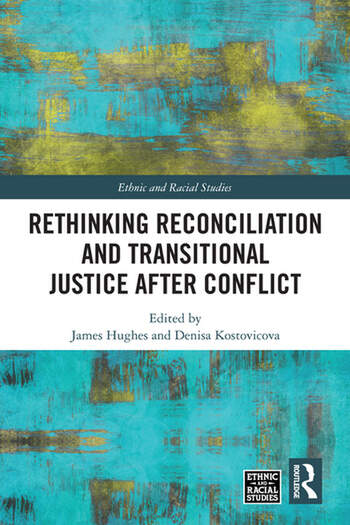 The concepts of reconciliation and transitional justice are inextricably linked in a new body of normative meta-theory underpinned by claims related to their effects in managing the transformation of deeply divided societies to a more stable and more democratic basis. This edited volume is dedicated to a critical re-examination of the key premises on which the debates in this field pivot. The contributions problematise core concepts, such as victimhood, accountability, justice and reconciliation itself; and provide a comparative perspective on the ethnic, ideological, racial and structural divisions to understand their rootedness in local contexts and to evaluate how they shape and constrain moving beyond conflict. With its systematic empirical analysis of a geographic and historic range of conflicts involving ethnic and racial groups, the volume furthers our grasp of contradictions often involved in transitional justice scholarship and practice and how they may undermine the very goals of peace, stability and reconciliation that they seek to promote.

This book was originally published as a special issue of Ethnic and Racial Studies.

4. Norm contestation and reconciliation: evidence from a regional transitional justice process in the Balkans Denisa Kostovicova and Aude Bicquelet

6. Looking beyond the state: transitional justice and the Kurdish issue in Turkey Joost Jongerden

8. Race, reconciliation, and justice in Australia: from denial to acknowledgment Mark McMillan and Sophie Rigney

is a Professor of Comparative Politics in the Department of Government at the London School of Economics & Political Science, UK.

is an Associate Professor of Global Politics in the Department of Government at the London School of Economics and Political Science, UK. Her research interests include transitional justice and post-conflict reconstruction. She is the author of Kosovo: The Politics of Identity and Space (2005).