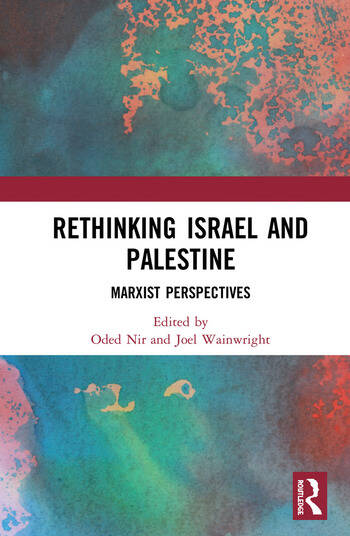 The Middle East seems to be in perpetual crisis. One might expect a plethora of Marxist analyses of Israel and Palestine. Yet in the literature on Israel and Palestine there are hardly any studies of class, relations of production, or the relationship between the political and economic balance of forces over time. This edited volume brings a diverse array of Marxist-influenced interpretations of the present conjuncture in Israel and Palestine. The collection includes works by luminaries of social theory, such as Noam Chomsky and Fred Jameson, as well as leading scholars of Palestine (Raja Khalidi, Sherene Seikaly, and Orayb Aref Najjar) and Israel (Jonathan Nitzan, Nitzan Lebovic and Amir Locker-Biletzki). It comprises the first-ever collection of Marxist-influenced writings on Palestine and Israel, and the relationship between them.

This book was originally published as a special issue of the journal Rethinking Marxism.

3. Where is the Marxist Critique of Israel/Palestine?

4. "There Are Always Grounds for Seeking a World That Is More Free and More Just": An Interview with Noam Chomsky on Israel, Palestine, and Zionism

6. Men of Capital in Mandate Palestine

7. Arms and Oil in the Middle East: A Biography of Research

10. After the Fall: Palestinian Communist Journalism in the Post–Cold War World

Oded Nir teaches at the Jewish Studies Program in Vassar College, USA. He is author of Signatures of Struggle (2018). He is the Editor of the peer-reviewed quarterly CLCWeb: Comparative Literature and Culture.

teaches in the Department of Geography at Ohio State University, USA. He is author of Decolonizing Development (2007); Geopiracy (2013), and Climate Leviathan (2018, with Geoff Mann). He is a member of the Editorial Board of Rethinking Marxism.