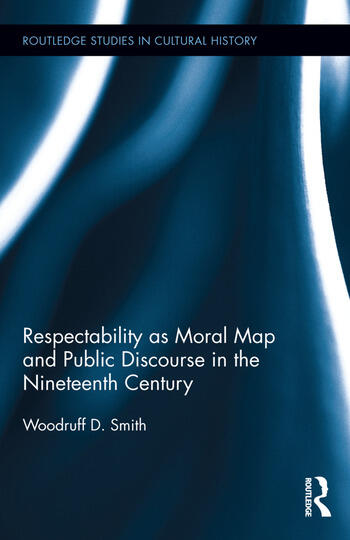 Respectability as Moral Map and Public Discourse in the Nineteenth Century

Despite the fact that respectability is universally recognized as a feature of nineteenth-century society, it has seldom been studied as a subject in itself. In this path-breaking book, Woodruff D. Smith interprets respectability as a highly significant cultural phenomenon, incorporating both a moral imaginary or map and a distinctive discourse. Respectability was constructed in the public spheres of Europe and the Americas and eventually came to be an aspect of social life throughout the world. From its origins in the late eighteenth century, it was a conscious response to what were perceived as undesirable aspects of modernity. It became a central feature of concepts of "the modern" itself and an essential part of the processes that, in the twentieth century, came to be called modernization and cultural globalization. Respectability – though typically associated with the bourgeoisie – existed independently of any particular social class, and strongly affected modern constructions of class in general and of gender. Although not an ideology, respectability was overtly embedded in several political discourses, especially those of movements such as antislavery which claimed to transcend politics. While it may no longer be a coherent entity in culture and discourse, respectability continues to affect contemporary public life through a fragmentary legacy.

2. Identity: The Self-respecting Self

6. Humanity and the Discourse of Respectability: Mother, Family and Civilization

8. What Happened to Respectability?

Woodruff D. Smith is Professor of History Emeritus at the University of Massachusetts Boston and Senior Research Fellow, Institute for Historical Study, University of Texas at Austin.

Respectability as Moral Map and Public Discourse in the Nineteenth Century