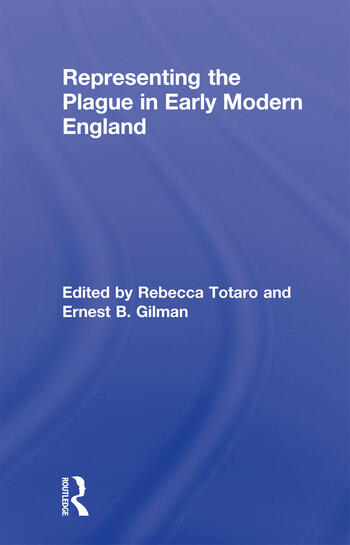 This collection offers readers a timely encounter with the historical experience of people adapting to a pandemic emergency and the corresponding narrative representation of that crisis, as early modern writers transformed the plague into literature. The essays examine the impact of the plague on health, politics, and religion as well as on the plays, prose fiction, and plague bills that stand as witnesses to the experience of a society devastated by contagious disease. Readers will find physicians and moralists wrestling with the mysteries of the disease; erotic escapades staged in plague-time plays; the poignant prose works of William Bullein and Thomas Dekker; the bodies of monarchs who sought to protect themselves from plague; the chameleon-like nature of the plague as literal disease and as metaphor; and future strains of plague, literary and otherwise, which we may face in the globally-minded, technology-dependent, and ecologically-awakened twenty-first century. The bubonic plague compelled change in all aspects of lived experience in Early Modern England, but at the same time, it opened space for writers to explore new ideas and new literary forms—not all of them somber or horrifying and some of them downright hilarious. By representing the plague for their audiences, these writers made an epidemic calamity intelligible: for them, the dreaded disease could signify despair but also hope, bewilderment but also a divine plan, quarantine but also liberty, death but also new life.

Rebecca Totaro is Professor of English at Florida Gulf Coast University. She is the author of Suffering in Paradise: The Bubonic Plague in English Literature from More to Milton.

Ernest Gilman is Professor of English at NYU. He is the author of Plague Writing in Early Modern England.

'This is an extraordinary collection, filled with many strong and engaging arguments, readable and broad in its treatment of literary works and perspectives.' - Catherine I. Cox, Texas A&M University - Corpus Christi, Renaissance Quarterly, Summer 2011

'The essays in this collection make significant strides towards mappin the diversity of literary responses to plague epidemics, and offer valuable insights into the ways in which earlier cultures dealt with collective experiences.' - Darryl Chalk, University of Southern Queensland