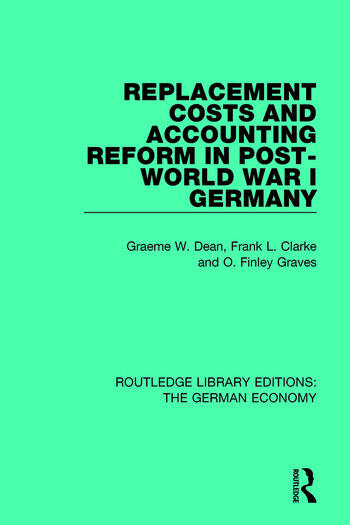 Replacement Costs and Accounting Reform in Post-World War I Germany

Originally published in 1990, this anthology of articles from the German financial and industrial press, translated into English for this volume, discusses the socio/politico/economic background that was a catalyst for the development of replacement cost accounting ideas in Europe and Anglo-American countries. The contributions to the replacement cost debate contained in this anthology, in general, defended depeciation and cost accumulation based on replacement cost.  If industry and the German economy were to prosper in a time of social, economic and political chaos in the immediate post World War I period, replacement cost accounting was considered essential.

Replacement Costs and Accounting Reform in Post-World War I Germany