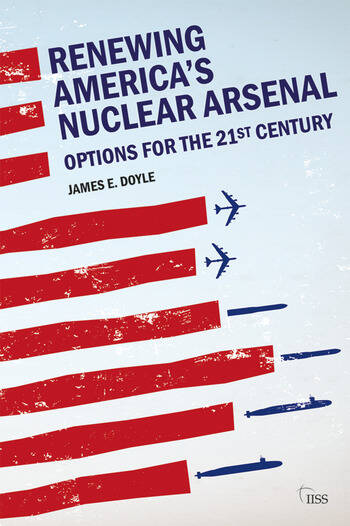 In the next few years the US government will make decisions regarding the renewal of its triad of air-, land- and sea-based nuclear weapons that will have huge implications for the security of the country and its allies, its public finances, and the salience of nuclear weapons in global politics. Current plans provide for spending an estimated US$1 trillion over 30 years to modernise or replace the full triad.

The purpose of this book is to demonstrate viable alternatives to the current US plan to modernise or replace its full triad of air-, land- and sea-based nuclear weapons. These alternatives would allow the US to maintain deterrence at a lower cost, thereby freeing up funds to ease pressing shortfalls in spending on conventional procurement and nuclear security. Moreover, these alternative structures – which propose a reduction in the size and shape of the US arsenal – offer distinct advantages over the existing plan with regard to maintaining strategic stability vis-à-vis Russia and China; upholding existing arms-control treaties, in particular New START and the INF Treaty; and boosting the security of US nuclear forces and supporting the global non-proliferation regime, including the NPT. They would also endow the US with a nuclear force better suited to the strategic environment of the twenty-first century and mark an advance on the existing triad with regard to supporting conventional military operations.

Chapter 1: The plan for a trillion-dollar triad

Three alternatives to the current plan

James E. Doyle, formerly a specialist in the Nuclear Nonproliferation Division at Los Alamos National Laboratory, focuses on strategic planning and policy development in the field of nuclear weapons. Doyle holds a PhD in International Security Studies from the University of Virginia.