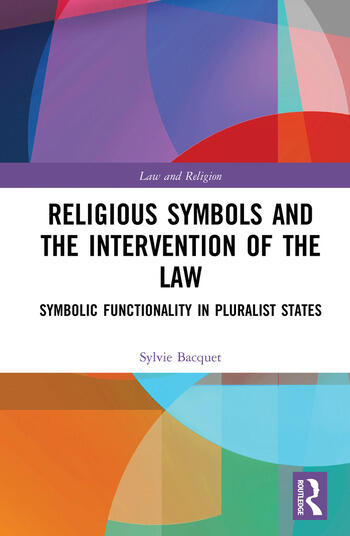 Religious Symbols and the Intervention of the Law: Symbolic Functionality in Pluralist States

In contemporary pluralist states, where faith communities live together, different religious symbols and practices have to coexist. This may lead to conflicts between certain minority practices and the dominant majority, particularly around the manifestation of belief in the public domain which may be seen both by the religious and secular majorities as a threat to their cultural heritage or against the secular values of the host country. The law has to mitigate those tensions in order to protect the public from harm and preserve order but in doing so, it may where necessary have to limit citizens’ ability to freely manifest their religion. It is those limitations that have been disputed in the courts on grounds of freedom of religion and belief. Religious symbols are often at the heart of legal battles, with courts called upon to consider the lawfulness of banning or restricting certain symbols or practices.

This book analyses the relationship between the state, individuals and religious symbols, considering the three main forms of religious expression, symbols that believers wear on their body, symbols in the public space such as religious edifices and rituals that believers perform as a manifestation of their faith. The book looks comparatively at legal responses in England, the U.S.A and France comparing different approaches to the issues of symbols in the public sphere and their interaction with the law. The book considers religious manifestation as a social phenomenon taking a multidisciplinary approach to the question mixing elements of the anthropology, history and sociology of religion in order to provide some context and examine how this could help inform the law.

Part I: Religious Symbols in a Socio-Historical Context

2 A multidisciplinary approach to the definition of religious manifestation

6 England and the Established Church

7 The United States and Tolerant Neutrality

Part III: The Future of Religious Symbols and The Law in 21st Century Pluralist States

8 Accommodation of Minorities and the Limitations of Pluralist States

Sylvie Bacquet is a Senior Lecturer in Law at the University of Westminster, UK.

Religious Symbols and the Intervention of the Law: Symbolic Functionality in Pluralist States