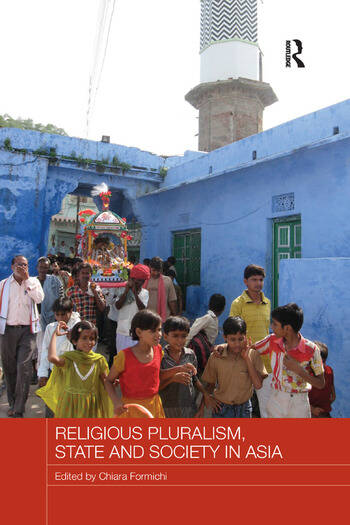 Taking a critical approach to the concept of ‘religious pluralism’, this book examines the dynamics of religious co-existence in Asia as they are directly addressed by governments, or indirectly managed by groups and individuals. It looks at the quality of relations that emerge in encounters among people of different religious traditions or among people who hold different visions within the same tradition. Chapters focus in particular on the places of everyday religious diversity in Asian societies in order to explore how religious groups have confronted new situations of religious diversity. The book goes on to explore the conditions under which active religious pluralism emerges (or not) from material contexts of diversity.

Chiara Formichi is Assistant Professor at City University of Hong Kong. She holds a PhD in History of Southeast Asia from SOAS (University of London). Her publications include Islam and the making of the nation: Kartosuwiryo and political Islam in 20th century Indonesia (2012) and the edited volume Shi‘ism and Beyond: Alid piety in Muslim Southeast Asia.