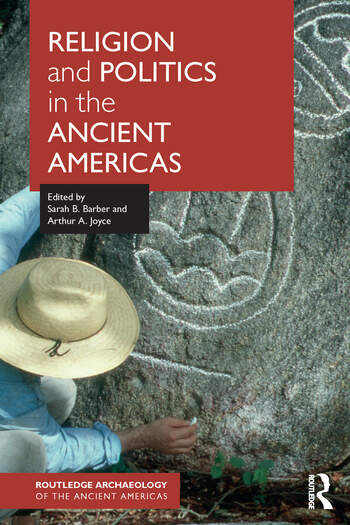 Religion and Politics in the Ancient Americas

Sarah B. Barber, Arthur A. Joyce

This exciting collection explores the interplay of religion and politics in the precolumbian Americas. Each thought-provoking contribution positions religion as a primary factor influencing political innovations in this period, reinterpreting major changes through an examination of how religion both facilitated and constrained transformations in political organization and status relations. Offering unparalleled geographic and temporal coverage of this subject, Religion and Politics in the Ancient Americas spans the entire precolumbian period, from Preceramic Peru to the Contact period in eastern North America, with case studies from North, Middle, and South America.

Religion and Politics in the Ancient Americas considers the ways in which religion itself generated political innovation and thus enabled political centralization to occur. It moves beyond a "Great Tradition" focus on elite religion to understand how local political authority was negotiated, contested, bolstered, and undermined within diverse constituencies, demonstrating how religion has transformed non-Western societies. As well as offering readers fresh perspectives on specific archaeological cases, this book breaks new ground in the archaeological examination of religion and society.

1. New directions in the archaeology of religion and politics in the Americas by Arthur A. Joyce

3. The elements of Cahokian shrine complexes and basis of Mississippian religion by Susan M. Alt and Timothy R. Pauketat

4. Cherokee religion and European contact in southeastern North America by Christopher B. Rodning

5. Unsettled gods: religion and politics in the Early Formative Soconusco by Sarah B. Barber

7. Religion in a material world by Rosemary A. Joyce

9. Ritual is power? Religion as a possible base of power for early political actors in ancient Peru by Matthew Piscitelli

10. Timing is everything: religion and the regulation of temporalities in precolumbian Peru by Edward Swenson

11. From landscape to ontology in Amazonia: the Llanos de Mojos as a middle ground by John H. Walker

12. The multivalent mollusk: spondylus, ritual, and politics in the prehispanic Andes by Jerry D. Moore

13. Power at the crossroads of politics and religion: a commentary by María Nieves Zedeño

Sarah B. Barber is Associate Professor in the Department of Anthropology at the University of Central Florida, USA.

Arthur A. Joyce is Professor in the Department of Anthropology at the University of Colorado Boulder, USA.

Religion and Politics in the Ancient Americas