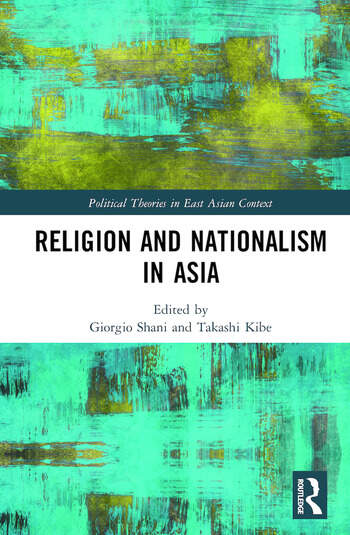 Religion and Nationalism in Asia

This book re-examines the relationship between religion and nationalism in a contemporary Asian context, with a focus on East, South and South East Asia.

Addressing empirical, analytical, and normative questions, it analyses selected case studies from across Asia, including China, India, Iraq, Japan, Pakistan, the Philippines and Sri Lanka and compares the differences and commonalities between the diverse configurations of nationalism and religion across the continent. It then goes on to explain reasons for the regional religious resurgence and asks, is the nation-state model, aligned with secularism, suitable for the region? Exploring the two interrelated issues of legacies and possibilities, this book also examines the relationship between nationalism and modernity, identifying possible and desirable trajectories which go beyond existing configurations of nationalism and religion.

Bringing together a stellar line up of contributors in the field, Religion and Nationalism in Asia will be a valuable resource for students and scholars of Asian religion and politics as well as sociology, ethnicity, nationalism and comparative politics.

1. Tagore and the Conception of Critical Nationalism, Sudipta Kaviraj

4. Reconsidering the Relation between ‘Sectarianism’ and Nationalism in the Middle East, Fanar Haddad

9. The Structural Problem of Religious Freedom in China: Towards a Confucian-Christian Synthesis, Zhibin Xie

10. Augustine’s Critique of Religious Identity and Its Implications for the Chinese Church, Wei Hua

Giorgio Shani is Chair in Politics and International Studies and Director of the Rotary Peace Center at International Christian University, Japan. He is author of Sikh Nationalism and Identity in a Global Age (Routledge 2008) and Religion, Identity and Human Security (Routledge 2014).

Religion and Nationalism in Asia