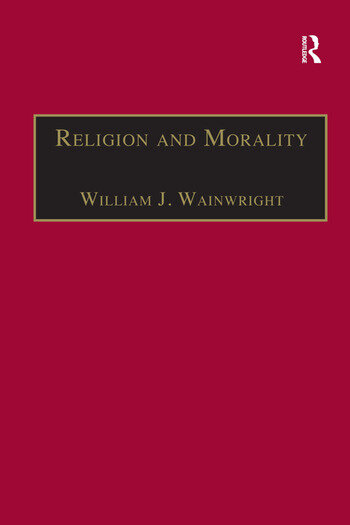 Religion and Morality addresses central issues arising from religion's relation to morality. Part I offers a sympathetic but critical appraisal of the claim that features of morality provide evidence for the truth of religious belief. Part II examines divine command theories, objections to them, and positive arguments in their support. Part III explores tensions between human morality, as ordinarily understood, and religious requirements by discussing such issues as the conflict between Buddhist and Christian pacifism and requirements of justice, whether 'virtue' without a love of God is really a vice, whether the God of the Abrahamic religions could require us to do something that seems clearly immoral, and the ambiguous relations between religious mysticism and moral behavior. Covering a broad range of topics, this book draws on both historical and contemporary literature, and explores afresh central issues of morality and religion offering new insights for students, academics and the general reader interested in philosophy and religion.

’This book is careful and lucid in its presentation and assessment of arguments on religion and morality. It is also well organized...Highly recommended.’ Choice 'Insofar as the book critically presents the views of important thinkers within traditions familiar to the author, it is a rich source of insight... a scholarly appraisal... Philosophers of religion, ethicists, academics in this field and readers of general philosophy will all find this book to be valuable reading.' Science and Theology News 'Wainwright writes critically yet sympathetically about the relation between morality and religious belief and brings an admirable nuance and judiciousness to some hotly debated issues.' Conversations in Religion and Theology 'Bill Wainwright has written a penetrating and well-organized examination of the relation between religion and morality. It is a work that will be especially appreciated by analytic philosophers of religion because of the careful parsing of various positions, objections to those, and possible replies to objections. The writing is clear, and the arguments stack up higher and higher.' International Journal for Philosophy of Religion ’All-in-all, Wainwright is to be commended for producing such a lucid, comprehensive, and philosophically sohisticated book. It should be on the 'must-read' list of anyone with a serious interest in the philosophy of religion.’ Philosophy in Review-Comptes rendus philosophiques ’In the entanglement of possible relationships obtaining between religion and morality, Wainwright's work remains both a tour d'history of positions on offer and a tour d' force of philosophical acumen with analytical methodology. As such, conceptually speaking, Wainwright's work is must-reading for philosophers trying to tackle crucial dimensions which have far too long been neglected or underdeveloped.’ Philsophical Investigations ’Wainwright is to be commended for producing such a lucid, comprehensive and philosophica