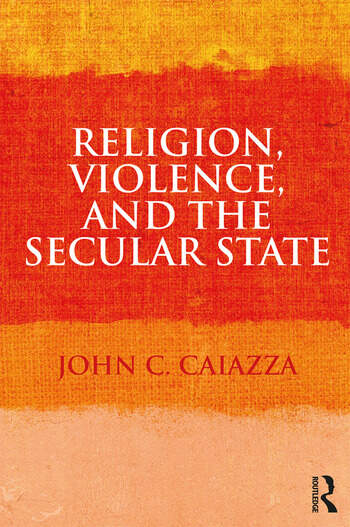 Religion, Violence, and the Secular State

Religion, Violence, and the Secular State assesses contemporary religious violence in the context of tensions between state secularism and religious ethics, and ultimately concludes that the West must reemphasize its own religious tradition in order to successfully combat the rise of a violent fundamentalism. The book presents an argument in three parts: first, an examination of the nature of religious violence; second, the effects of the present secularism of the American state on our ineffective ethical framework; and third, an advocacy for both the reasonableness of religious belief and the value of religiously based ethics (i.e., Jewish, Christian, and Muslim) as an influence within the modern state. The conclusion is that, with the arrival of violent Islam in the West, the presence of (traditional) religious influence in the United States needs to be reemphasized to combat religious terrorism. Islam represents a challenge to America and the West as a religious ideal that can only be successfully met by an energetic renewal of our own religious resources.

1. The Garden Image of Religion

3. Radical Simplification and the Fate of Violent Islam

4. Contours of the Secular State

5. Theories of Secular Ethics: A Comment and a Brief Survey

6. Techno-secularism is the Ethics of the Secular State

7. The Logic of Propositions and Religious Belief

8. Religious Ethics in the Modern State

John C. Caiazza, PhD, a longtime academic administrator and independent scholar, is presently Senior Lecturer in Philosophy at Rivier University. His general interest is the relationship of scientific ideas to politics and religion. Caiazza lives in New Hampshire with his wife, Jo.

Religion, Violence, and the Secular State