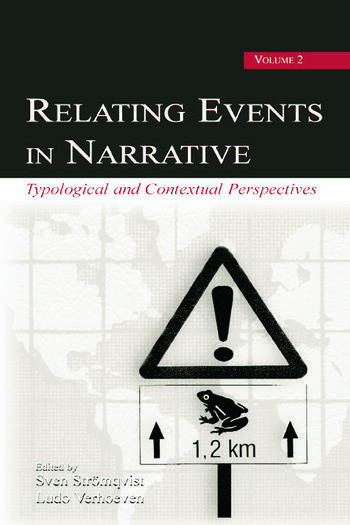 
Working closely with Ruth Berman and Dan Slobin, the new editors have brought together a wide range of scholars who, inspired by the 1994 book, have all used Mercer Mayer's Frog, Where Are You? as a basis for their research. The new book, which is divided into two parts, features a broad linguistic and cultural diversity. Contributions focusing on crosslinguistic perspectives make up the first part of the book. This part is concluded by Dan Slobin with an analysis and overview discussion of factors of linguistic typology in frog-story research.


The second part offers a variety of theoretical and methodological perspectives, all dealing with contextual variation of narrative construction in a wide sense: variation across medium/modality (speech, writing, signing), genre variation (the specific frog story narrative compared to other genres), frog story narrations from the perspective of theory of mind, and from the perspective of bilingualism and second language acquisition. Several of the contributions to the new book manuscript also deal with developmental perspectives, but, in distinction to the 1994 book, that is not the only focused issue. The second part is initiated by Ruth Berman with an analysis of the role of context in developing narrative abilities.


The new book represents a rich overview and illustration of recent advances in theoretical and methodological approaches to the crosslinguistic study of narrative discourse. A red thread throughout the book is that crosslinguistic variation is not merely a matter of variation in form, but also in content and aspects of cognition. A recurrent perspective on language and thought is that of Dan Slobin's theory of "thinking for speaking," an approach to cognitive consequences of linguistic diversity. The book ends with an epilogue by Herbert Clark, "Variations on a Ranarian Theme."

"...the studies in this volume explore a wide variety of variables that may affect narrative function (e.g., bilingualism and theories of the mind) in addition to continuing to examine the developmental perspective of the first volume. Finally, in the epilogue, Clark points out additional perspectives on the process of narration that should inspire additional research..."
—Modern Language Journal