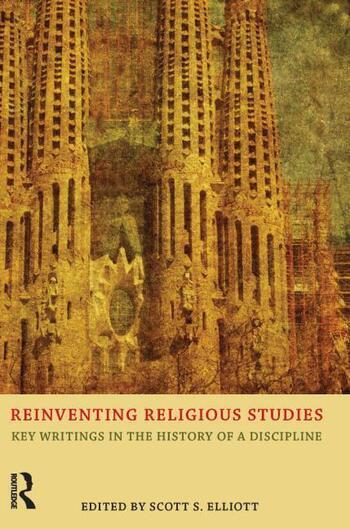 Reinventing Religious Studies: Key Writings in the History of a Discipline

Introduction, Scott S. Elliott 1. For Such a Time as This: The Council of Societies for the Study of Religion, 1969-2009, Harold Remus PART 1: INVENTING AND REINVENTING THE FIELD OF RELIGIOUS STUDIES 2. Why a Council on the Study of Religion? Claude Welsch 3. Ironies, John F. Wilson 4. Religious Studies: The Next Vocation, Jacob Neusner 5. Impressions from Wingspread: Religious Studies - The State of the Art, Walter H. Capps 6. History of Religions, Ninian Smart 7. The Future of Religious Studies: Moving Beyond the Mandate of the 1960s, Carl A. Raschke 8. Naming the Game: A Question of the Field, Charles Elliott Vernoff PART 2: METHOD AND THEORY IN RELIGIOUS STUDIES 9. Neutrality in the Study of Religion, John H. Whittaker 10. Assessing Social-Scientific Theories of Religion, Robert A. Segal 11. Playing Hardball in Religious Studies, Arvind Sharma 12. The Academic Study of Religion: A Methodological Reflection, Arvind Sharma 13. Fending Off the Social Sciences, Robert A. Segal PART 3: TEACHING RELIGION 14. Confessions of a Former Establishment Fundamentalist, Robert N. Bellah 15. Confessing Away the Soul with the Sins, or: The Risks of Uncle Tomism Among the Humanists, James E. Dittes 16. Criteria for Organizing the Introductory Course in Religion, James C. Livingston 17. Teaching about Religion at the State University, Robert N. Minor and Robert D. Baird 18. Teaching about Religion at the State University: A Reply, Julia Benton Mitchell and David B. Annis 19. Teaching about Religion at the Religiously-Affiliated University: A Reply to Robert Baird & Robert Minor, Philip Boo Riley PART 4: WOMEN AND THE BIBLE IN RELIGIOUS STUDIES 20. For the Advancement of My Career: A Form Critical Study in the Art of Acknowledgement, Carol Christ and Judith Plaskow Goldenberg 21. Women's Studies in Religion, Carol Christ 22. The Debut of the Bible as a Pagan Classic, John A. Miles, Jr. 23. Bible and Religion, Jonathan Z. Smith PART 5: RELIGION AND RELIGIOUS STUDIES IN CIVIC LIFE 24. Contemporary Socio-Political Change and the Work of Religious Studies, Walter H. Capps 25. The Scholar of Religion as a Cultural Critic: Perspectives from Denmark, Tim Jensen 26. What Are the Humanities and Why Do They Matter? The Case of Religion and Public Life, Gary Lease 27. Response to Gary Lease's "What Are the Humanities, and Why Do They Matter?", Robert Hunt 28. So, What Are We Professing Here? Religion, the Liberal Arts, and Civic Life, Raymond B. Williams 29. Response to Raymond B. Williams', "So, What Are We Professing Here?", Heather Hartel 30. Response to Raymond B. Williams', "So, What Are We Professing Here?", Robert J. Stephens 31. Response to Raymond B. Williams', "So, What Are We Professing Here?", Forrest Clingerman 32. Rejoinder, Raymond B. Williams PART 6: RELIGIOUS STUDIES AND IDENTITY POLITICS 33. Late Capitalism Arrives on Campus: Making and Remaking the Study of Religion, Russell T. McCutcheon 34. Religious Studies and Identity Politics: Mythology in the Making, Darlene Juschka 35. Toward an Engaged Religious Studies, Brian E. Malley 36. The Study of Religion Under Late Capitalism, or, Commodity Triumphant, Gustavo Benavides PART 7: ISLAM AND 9/11 37. On the Teaching of Islam in America, Richard C. Martin 38. Reflections on Teaching about September 11, Craig R. Prentiss, ed. 39. Terror and Violence through Buddhist Lenses, Stephen C. Berkwitz 40. Teaching Through Tragedy, Patricia Zimmerman Beckman 41. Teaching September 11th, Elizabeth McAlister 42. Class on September 11, Richard Salter 43. Death and Memory at Ground Zero: A Historian of Religion's Report, Paul Christopher Johnson 44. September 11, 2001 and Islam, Zayn Kassam

Scott S. Elliott is Assistant Professor in the Department of Philosophy and Religion at Adrian College, Michigan, USA.

Reinventing Religious Studies: Key Writings in the History of a Discipline