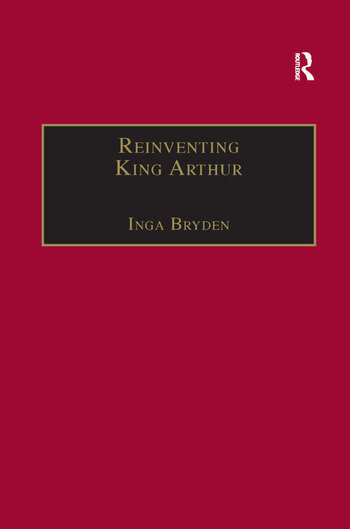 In her systematic reassessment of the remaking of the Arthurian past in nineteenth-century British fiction and non-fiction, Inga Bryden examines the Victorian Arthurian revival as a cultural phenomenon, offering insights into the relationship between social, cultural, religious, and ethnographic debates of the period and a wide range of texts. Throughout, she adopts an intertextual and historical perspective, informed by poststructuralist thinking, to reveal nineteenth-century attitudes towards the past. Starting with a review of the historical evidence available to Victorian writers and an examination of how historians of the time represented Arthur, the author connects Victorian accounts of Arthur's quest to contemporary scientific and historical searches for origins and knowledge, and to his appropriation by competing religious movements. She shows how writers explored the dynamics of heroism by recruiting Arthur and his knights to define codes of chivalric service, and to personify the psychological complexities of love. Finally, the legend of his death and transportation to Avalon is deconstructed and placed in the context of cultural attitudes towards commemorating the dead and theological debates about the afterlife. Inga Bryden engages not only with well-known Arthurian texts by Tennyson, Swinburne, Morris and Rossetti, but with lesser-known works by Bulwer-Lytton, Robert Stephen Hawker, Sebastian Evans, Diana Maria Mulock, Christiana Douglas and Joseph Shorthouse.

Inga Bryden is Senior Lecturer in Cultural Studies at University of Winchester. She has published on the Arthurian Revival, the Pre-Raphaelites, nineteenth-century domestic space, and Indian domestic space. Current research projects focus on urban space and the representation of cities, and Anglo-Indian literature and culture.

'... Bryden's contribution to scholarship lies in her bringing Arthurian legend into dialogue with a range of cultural discourses and in directing attention to new titles of relevance to Arthurian studies.' Victorian Studies 'In this thorough and perceptive survey of how the Victorians interpreted and extended earlier versions of Arthurian legends Inga Bryden has no difficulty in establishing the significance and importance of her subject... Dr Bryden's book provides a model of interdisciplinarity, dealing as it does with literature, history, theology, anthropology and the visual arts, identifying their interconnections.' Literature and History ’... Bryden's book is engagingly written... Notes are full and useful without being overwhelming, and a comprehensive bibliography [...] will help those who wish to pursue some of the subjects she raises... her study offers a rich mine of inspiration for future, more detailed scholarship... an important work, useful to medievalists and Victorianists alike.’ Pre-Raphaelite Studies ’... this is a fascinating study, and one which can certainly be recommended.’ Tennyson Research Bulletin