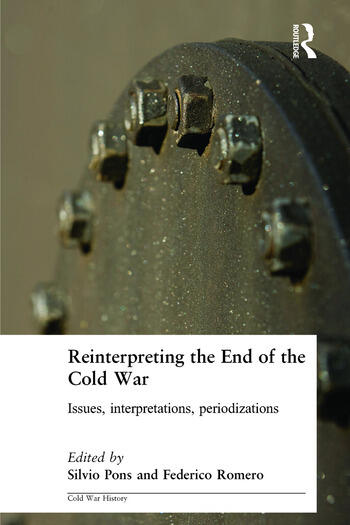 Reinterpreting the End of the Cold War: Issues, Interpretations, Periodizations

As the activities of individuals, organizations, and nations increasingly occur in cyberspace, the security of those activities is becoming a growing concern. Political, economic and military leaders must manage and reduce the level of risk associated with threats from hostile states, malevolent nonstate actors such as organized terrorist groups or individual hackers, and high-tech accidents. The impact of the information technology revolution on warfare, global stability, governance, and even the meaning of existing security constructs like deterrence is significant. These essays examine the ways in which the information technology revolution has affected the logic of deterrence and crisis management, definitions of peace and war, democratic constraints on conflict, the conduct of and military organization for war, and the growing role of the private sector in providing security. This book was previously published as a special issue of the journal Contemporary Security Policy.

Silvio Pons is Professor of East European History at Rome University "Tor Vergata" (Rome II) and Director of the Gramsci Foundation, Rome. He is the author of Stalin and the Inevitable War 1936-1941 (London, Frank Cass, 2002). He has edited the Italian edition of Georgi Dimitrov's Diary (Torino, Einaudi, 2002).

Federico Romero (Ph.D. in History, Torino 1977) has taught U.S. and International History at the London School of Economics, the College of Europe, the Universities of Bologna and Florence. A specialist on US-European relations in the post-war reconstruction and the Cold War, he has published extensively in Italy and in the U.S. His most recent works deal with the strategies and culture of U.S. foreign policy in the 20th century. He is currently working on a book on the conceptual paradigms of Italy's international relations and a book of essays about European views of the U.S.

Reinterpreting the End of the Cold War: Issues, Interpretations, Periodizations