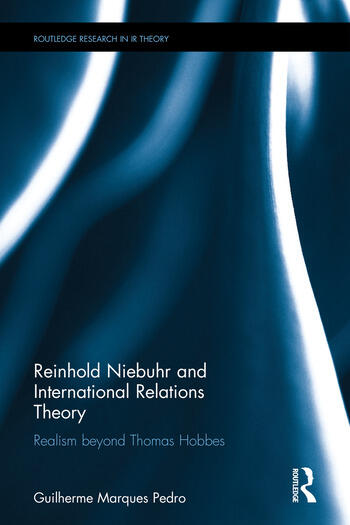 This is the first book in international relations theory entirely devoted to the political thought of Reinhold Niebuhr. Focusing on the existential theology which lies at the basis of Reinhold Niebuhr’s theory of international politics, it highlights the ways in which Niebuhrian realism was not only profoundly theological, but also constituted a powerful existentialist reconfiguration of the Realist tradition going back to Saint Augustine.

Guilherme Marques Pedro offers an innovative account of Reinhold Niebuhr’s eclectic thought, branching out into politics, ethics, history, society and religion and laying out a conceptual framework through which his work, as much as the realist tradition of international political thought as a whole, can be read. The book calls for the need to revisit classic thinkers within IR theory with an eye to their interdisciplinary background and as a way to remind ourselves of the issues that were at stake within the field as it was growing in autonomy and diversity – issues which remain, regardless of its disciplinary development, at the core of IR’s concerns.

This book offers an important contribution to IR scholarship, revealing the great historical wealth, intellectual originality but also the limitations and paradoxes of one of the greatest American political thinkers of the twentieth century.

I – ´The father of us all’: the making of Christian Realist

1.1. Who was Reinhold Niebuhr?

II – Against the Pagans: christian realism as a critique of political idolatry

3.2. In perpetual solicitude of the time to come

IV – The Existential Turn in the Realist Tradition: Niebuhr’s political ‘ontology of possibility’

4.1. The ‘will-to-power’: International Politics beyond Survival

4.2. Anxiety and the ‘Realism of distance’

5.1. Anarchy and the normative foundations of the realist tradition

5.2. The world community or ‘The Kingdom not of this world’

holds a PhD from the Department of International Politics in Aberystwyth. His research interests lie in international relations theory, political thought and international law. He is a researcher in philosophy of law at Uppsala University, Sweden. Previously, he was a lecturer at the University of Beira Interior, Portugal.