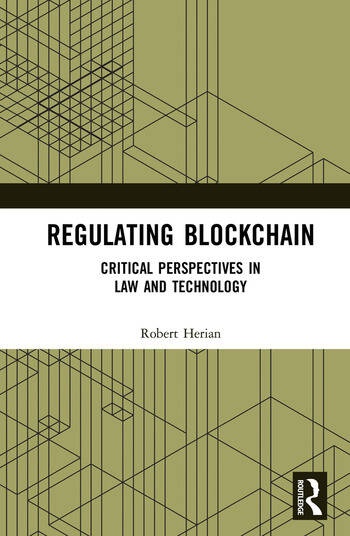 As the distributed architecture underpinning the initial Bitcoin anarcho-capitalist, libertarian project, 'blockchain' entered wider public imagination and vocabulary only very recently. Yet in a short space of time it has become more mainstream and synonymous with a spectacular variety of commercial and civic 'problem'/'solution' concepts and ideals. From commodity provenance, to electoral fraud prevention, to a wholesale decentralisation of power and the banishing of the exploitative practices of 'middlemen', blockchain stakeholders are nothing short of evangelical in their belief that it is a force for good. For these reasons and more the technology has captured the attention of entrepreneurs, venture capitalists, global corporations and governments the world over.

Blockchain may indeed offer a unique technical opportunity to change cultures of transparency and trust within cyberspace, and as ‘revolutionary’ and ‘disruptive’ has the potential to shift global socioeconomic and political conventions. But as a yet largely unregulated, solutionist-driven phenomenon, blockchain exists squarely within the boundaries of capitalist logic and reason, fast becoming central to the business models of many sources of financial and political power the technology was specifically designed to undo, and increasingly allied to neoliberal strategies with scant regard for collective, political or democratic accountability in the public interest. Regulating Blockchain casts a critical eye over the technology, its ‘ecosystem’ of stakeholders, and offers a challenge to the prevailing discourse proclaiming it to be the great techno-social enabler of our times.

6 Blockchain as an ethics of neoliberal political economy

7 The psycho-politics of blockchain

Robert Herian is based in the Law School at The Open University. His teaching and research focus on private law, psychoanalysis, social, economic and political philosophy, and cultural theory.