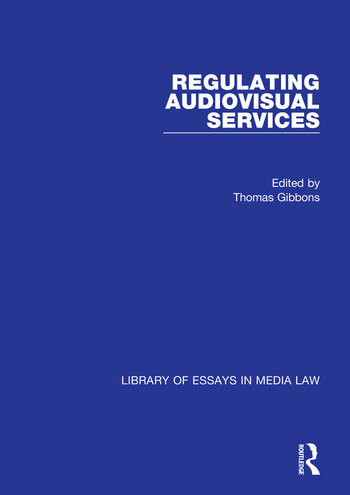 In recent years, the changing nature of audiovisual services has had a significant impact on regulatory policy and practice. The adoption of digital technology means that broadcasting, cable, satellite, the Internet and mobile telephony are converging, enabling each of them to deliver the same kinds of content and allowing users to exercise much greater choice over the kind of material that they receive and when they receive it. The essays examine the implications for regulatory design, asking whether there is still a role for traditional-style state controls, or whether other techniques, such as competition in the market and self-regulation, are more appropriate. They also explore how, in the digital era, structural issues of media ownership and control become problems of access and interconnection between services and how content regulation focuses more on problems raised by the interactions between providers and users, the relationship between freedom of information and technologies to control it and the international reach of the new media.

Thomas Gibbons is a Professor in the Department of Law at University of Manchester, UK