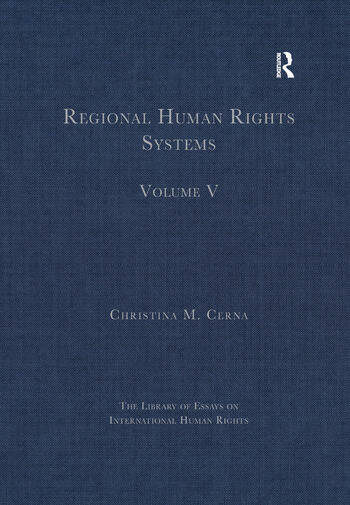 Over the past sixty years the regional human rights systems have surpassed the UN human rights bodies in affording protection to the victims of human rights violations. Most of these systems have courts that are empowered to issue legally binding judgments and reparations for violations of human rights, which states have been unwilling to accord the UN system. The essays selected for this volume examine the structure and functioning of the principal regional human rights systems in the world today: 1) the Inter-American Commission and Court of Human Rights, 2) the European Court of Human Rights, 3) the African Commission and Court of Human and Peoples’ Rights and 4) the ASEAN Intergovernmental Human Rights Commission. These systems guarantee primarily civil and political rights. Central to all four systems is the necessity of a democratic form of government to guarantee these rights, although not all governments, parties to these regional treaties, are democracies. These articles trace the history of these systems, in particular, the expansion of their membership to include almost all independent countries in the region, and their evolution towards recognition of a 'right to democracy'.

Christina M. Cerna is Adjunct Professor at Georgetown University Law Centre, USA. She also worked for the Inter-American Commission on Human Rights, Washington, USA as Principal Specialist in Human Rights and retired after 33 years with the OAS.