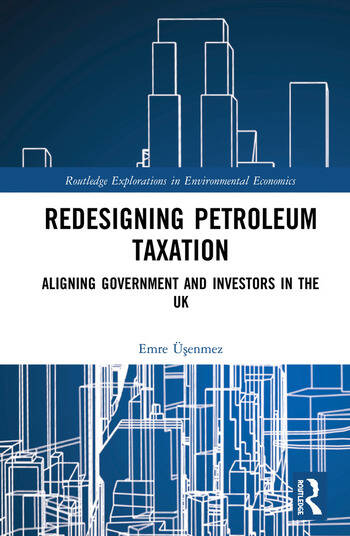 Redesigning Petroleum Taxation: Aligning Government and Investors in the UK

Since its inception some 40 years ago, petroleum-specific taxation in the UK has been subject to numerous modifications. Often these modifications were brought into place not only to sufficiently incentivise the investors but also to capture a fair share for the government. However, it is evident from the frequency of changes that finding the right balance between these two aims is no easy matter. Such a balance, and the consequent fiscal stability, is necessary for the long-term relationship between the parties to endure to their mutual benefit. Still, it does not take much for one or other party to feel that they are out of balance. As a consequence, one party feels that the other party is taking an undue proportion of the value generated and that they are losing out.

Yet achieving that balance and fiscal stability is possible. To understand this possibility, this book first clarifies what is meant by sufficient incentivisation and fair share before developing a new fiscal system that manages this balance and stability. Such clarification yields objective criteria against which to assess not only the existing regime, but also the newly proposed regime. This approach is further complemented by the critical analysis of the fiscal legislative framework and the evaluation of the legal positions of specific contractual elements and mechanisms found within that framework. This latter analysis is important in order to reduce the legal uncertainty such elements may create, which can otherwise lead to further reactive amendments and revisions to the fiscal regime in the future.

Chapter 3: The UKCS Fiscal Regime Prior to the Fiscal Review and the Case for Its Reform

Chapter 5: The New UKCS Fiscal Regime: A Proposal for Reform

He is a Fellow of the Higher Education Academy and holds a PhD in Economics, Finance and Law, an MSc in Petroleum, Energy Economics and Finance, and an LLM in Oil & Gas Law from the University of Aberdeen. He also holds a BSc in Economics and a BA in Political Science from North Carolina State University.

Redesigning Petroleum Taxation: Aligning Government and Investors in the UK