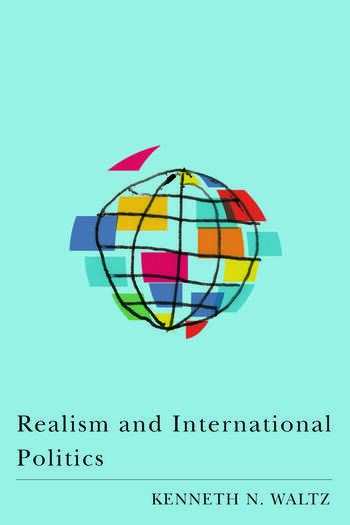 Realism and International Politics brings together the collected essays of Kenneth N. Waltz, one of the most important and influential thinkers of international relations in the second half of the twentieth century. His books Man, the State and War and Theory of International Politics are classics of international relations theory and gave birth to the school of thought known as neo-realism or structural realism, out of which many of the current crop of realist scholars and thinkers has emerged. Waltz frames these seminal pieces in his theoretical development by explaining the context in which they were written and, building on the broader aims of these theories, explains the elusive nature of power balancing in today’s international system. It is an essential volume for both students and scholars.

Kenneth N. Waltz is Senior Research Associate at the Institute of War and Peace Studies at Columbia University. He is Emeritus Professor at University of California at Berkeley. He is a past president of both the American Political Science Association.

"Kenneth Waltz is the most important international relations theorist of the past half century. This collection of his seminal articles will surely be on bookshelves across the world for a long time to come."

"This valuable collection of essays demonstrates why Kenneth Waltz is the preeminent international relations theorist of the post–World War II era. Ranging from political philosophy to practical matters of foreign policy, these essays all exhibit Waltz's clear vision, powerful analysis, and stylish prose. His intellectual courage shines through as well, as does his characteristic wit. These works are not merely informative and richly instructive; they are also a pleasure to read."

"All students of international politics are familiar with Kenneth Waltz's famous books. But many have missed his articles, previously scattered in a number of outlets. They do not duplicate his books, and they have now been brought together to our great benefit. With his characteristic penetrating clarity and insight, Waltz brings enormous intelligence to bear on a range of topics in theory and practice and enriches our understanding of international politics and of his thought."

"Kenneth Waltz's essays are brilliant provocations. He forces us, with elegance and precision, to rethink conventional views, stimulating reflection, objection, argument, and reformulation. To discover why Kenneth N. Waltz is the pre-eminent theorist of international politics of his generation, one need only read this book."