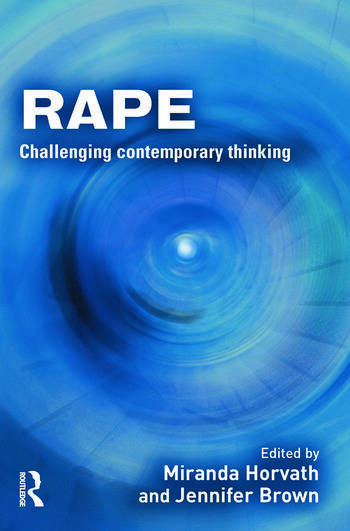 Rape remains one of the most controversial issues within criminal justice and receives high profile coverage internationally. Despite the many changes there have been to the law, practice and procedure in the investigation of rape allegations, and support available for victims, victims are routinely blamed for their victimization. Only a very small number of perpetrators ever face prosecution, let alone conviction.

This book aims to take stock of current thinking and research about rape and the way it is handled in practice within the criminal justice system, and to challenge some of the widely held but inaccurate beliefs about rape. It brings together leading researchers in the field from psychology, sociology and law, considering new research and presenting new data from a strong theoretical and contextual base.

The main focus of the book is on adult victims of rape, with chapters exploring such issues as rape and the media, the use of alcohol and drugs in rape, police decision making on rape cases, conviction patterns in rape trials, and interviewing victims of rape and sexual assault.

Miranda Horvath is a Senior Lecturer in Psychology at the University of Middlesex.

Jennifer Brown is a forensic psychologist at the Mannheim Centre for Criminology at LSE.