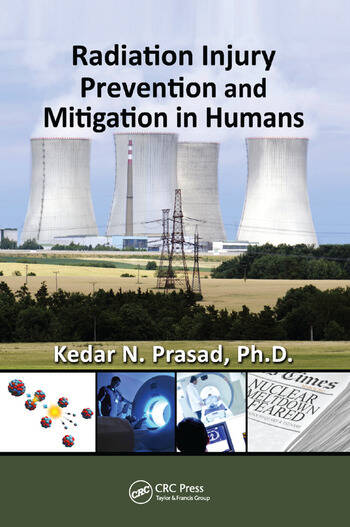 With an estimated 3.3 billion ionizing radiation imaging examinations performed worldwide each year, the growing use of x-ray-based diagnostic procedures raises concerns about long-term health risks, especially cancer. In addition, rapid growth in the number of nuclear power plants around the world increases the risk of a nuclear accident similar to that of Fukushima, Japan. Add to this, exposure to non-ionizing radiation from prolonged cell phone use, proton radiation from solar flares, and potential nuclear conflict or a dirty bomb attack, and the need to expand our repertoire of radiation prevention and mitigation strategies becomes increasingly urgent.

Examining cutting-edge advances in the research of the effects of non-ionizing radiation on cellular and genetic levels, the book proposes an implementation plan of both physical and biological protection strategies. It covers the full range of potential sources of radiation and includes an up-to-date list of helpful resources and references for the latest research and readings on the topic.

Prevention and Mitigation against Radiological Weapons and Nuclear Plant Accidents

Prevention and Mitigation of Damage after Low Radiation Doses

Dr. Prasad has published over 200 articles in peer-reviewed journals, and authored and edited 15 books in the areas of radiation biology, nutrition and cancer, and nutrition and neurological diseases, particularly Alzheimer’s disease and Parkinson’s disease. These articles were published in highly prestigious journals such as Science, Nature, and Proceedings of the National Academy of Sciences in the United States. Dr. Prasad has received many honors, including an invitation by the Nobel Prize Committee to nominate a candidate for the Nobel Prize in Medicine for 1982; the 1999 Harold Harper Lecture at the meeting of the American College of Advancement in Medicine; and an award for the best review of 1998–1999 on antioxidants and cancer and 1999–2000 on antioxidants and Parkinson’s disease by the American College of Nutrition.

Dr. Prasad is a Fellow of the American College of Nutrition and served as president of the International Society of Nutrition and Cancer, 1992–2000. He belongs to several professional societies, such as the American Association for Cancer Research and the Radiation Research Society. Currently, he is chief scientific officer of the Premier Micronutrient Corporation.