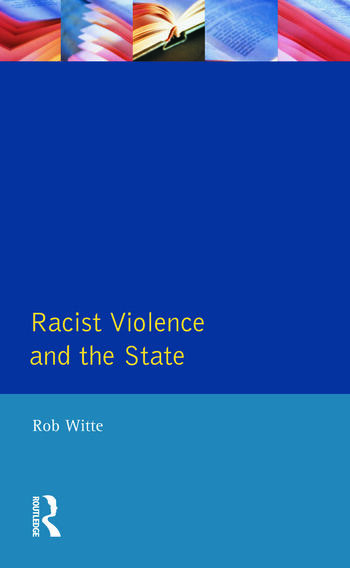 Racist Violence and the State: A comparative Analysis of Britain, France and the Netherlands

Racist Violence and the State is the first serious study to apply a comparative research-based approach to the study of racist violence in Britain, France and The Netherlands since 1945. Setting racist violence within a historical background of the post-imperialist legacy, the author presents an accessible, fascinating and highly original analysis of the development of public and state attitudes to racist violence over the past 50 years.

3. State responses to racist violence in France, Introduction.
The 1950s to mid-1960s: the problem of 'political terrorism', The late 1960s to 1980: from non-issue to' excluding recognition', The early and mid-1980s: racist violence increasingly perceived as a social problem, The late 1980s to the early 1990s: the hectic years, Conclusion.

Racist Violence and the State: A comparative Analysis of Britain, France and the Netherlands