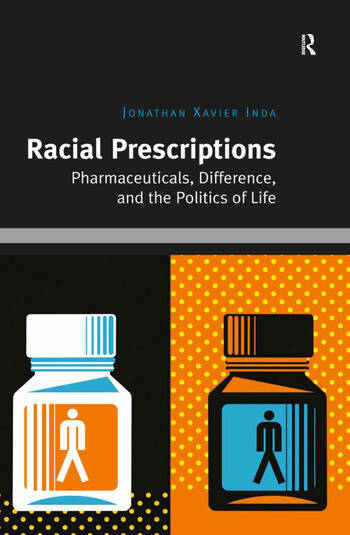 Racial Prescriptions: Pharmaceuticals, Difference, and the Politics of Life

In the contemporary United States, matters of life and health have become key political concerns. Important to this politics of life is the desire to overcome racial inequalities in health; from heart disease to diabetes, the populations most afflicted by a range of illnesses are racialized minorities. The solutions generally proposed to the problem of racial health disparities have been social and environmental in nature, but in the wake of the mapping of the human genome, genetic thinking has come to have considerable influence on how such inequalities are problematized. Racial Prescriptions explores the politics of dealing with health inequities through targeting pharmaceuticals at specific racial groups based on the idea that they are genetically different. Drawing on the introduction of BiDil to treat heart failure among African Americans, this book contends that while racialized pharmaceuticals are ostensibly about fostering life, they also raise thorny questions concerning the biologization of race, the reproduction of inequality, and the economic exploitation of the racial body. Engaging the concept of biopower in an examination of race, genetics and pharmaceuticals, Racial Prescriptions will appeal to sociologists, anthropologists and scholars of science and technology studies with interests in medicine, health, bioscience, inequality and racial politics.

Jonathan Xavier Inda is Associate Professor of Latina/Latino Studies at the University of Illinois, Urbana-Champaign. He is the author of Targeting Immigrants: Government, Technology, and Ethics, editor of Anthropologies of Modernity: Foucault, Governmentality, and Life Politics, and co-editor of The Anthropology of Globalization: A Reader and of Governing Immigration Through Crime: A Reader.

'Racial Prescriptions provides an eloquent and theoretically-engaged account of the story of BiDil, a pharmaceutical that has become an iconic case for scholars of race in science and medicine.' Somatosphere â€˜The first drug approved by the U.S. Food and Drug Administration on a racial basis - despite an absence of scientific evidence to demonstrate its specificity - BiDil provides a unique example of the encounter between minority politics and commercial strategies. This fascinating story is for Jonathan Xavier Inda the pretext for a broader reflection on the rebiologization and capitalization of race, and their significance in the contemporary politics of life.â€™ Didier Fassin, Institute for Advanced Study, Princeton, USA â€˜Racial Prescriptions makes a vital contribution to our evolving understanding of the complex ways that prescription drugs have come to encapsulate societal tensions about race and racisms. Inda elegantly unpacks how race has been biologized through the making of pharmaceuticals, and the implications of this biologization for us all. Racial Prescriptions also tells a broader story about the racial politics of life - and about the ways that â€œracialâ€� health disparities represent both illnesses that affect racialized minorities, and national autobiographies about our bodies, our value judgements, and ourselves. This is vital reading indeed.â€™ Jonathan Metzl, Vanderbilt University, USA

Racial Prescriptions: Pharmaceuticals, Difference, and the Politics of Life