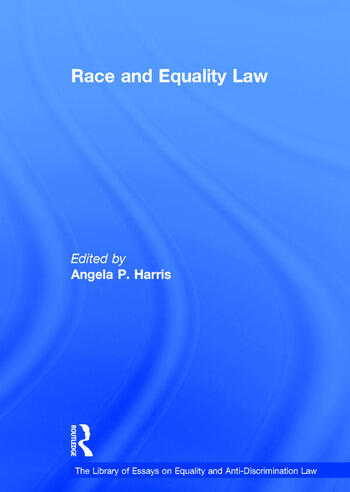 The essays in this volume illuminate a central paradox in the post-colonial West: race remains a potent index of social, economic and political inequality even while racial discrimination has become unlawful, even anathema. The standard account of this paradox is that racial discrimination and inequality are unfortunate vestiges of the past, which an enlightened legal system is now engaged in extirpating. These essays reveal a different story: equality law preserves racial inequality even while denouncing it. The authors show how in country after country, legal rules define racism so narrowly and make racial discrimination so difficult to prove that inequality persists despite its symbolic extinction. This ground-breaking volume of English-language essays, aimed at academics and researchers, shows how critical race theory, an analytic approach developed in the United States, can shed light on the workings of race in political-legal systems as diverse as South Africa, New Zealand, France and Latin and South America.

Angela P. Harris is professor of law at King Hall School of Law at the University of California - Davis, USA.