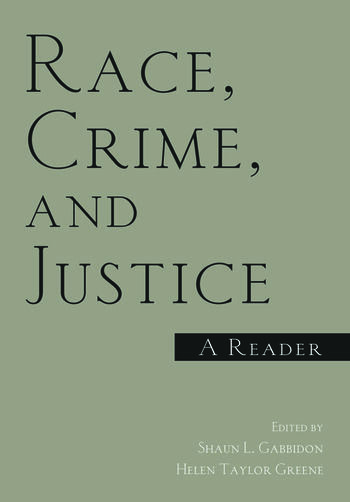 Race, Crime, and Justice: A Reader

A comprehensive collection of the essential writings on race and crime, this important Reader spans more than a century and clearly demonstrates the long-standing difficulties minorities have faced with the justice system. The editors skillfully draw on the classic work of such thinkers as W.E.B. DuBois and Gunnar Myrdal as well as the contemporary work of scholars such as Angela Davis, Joan Petersilia, John Hagen and Robert Sampson. This anthology also covers all of the major topics and issues from policing, courts, drugs and urban violence to inequality, racial profiling and capital punishment. This is required reading for courses in criminology and criminal justice, legal studies, sociology, social work and race.

Race, Crime, and Justice: A Reader