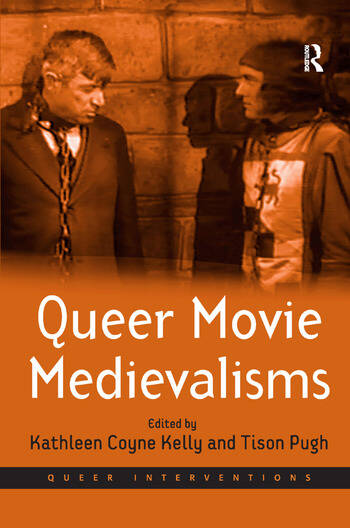 How is history even possible, since it involves recapturing a past already lost? It is through this urge to understand, feel and experience, that films based on medieval history are made. They attempt to re-create the past, but can only do so through a queer re-visioning that inevitably replicates modernity. In these mediations between past and present, history becomes misty, and so, too, do constructions of gender and sexuality leading to the impossibility of heterosexuality, or of any sexuality, predicated upon cinematic medievalism. Queer Movie Medievalisms is the first book of its kind to grapple with the ways in which mediations between past and present, as registered on the silver screen, queerly undercut assumptions about sexuality throughout time. It will be of great interest to scholars of Gender and Sexuality, Cultural and Media Studies, Film Studies and Medieval History.

'Through readings of films familiar and obscure, foreign and domestic, recent and classic, Queer Movie Medievalisms challenges us to think deeply about how heterosexuality works and how it inevitably fails, about how a film offers not just multiple points of audience identification but multiple cohabitating times. A superb collection of essays, with an especially provocative afterword by Glenn Burger and Steve Kruger. I commend Tison Pugh and Kathleen Coyne Kelly for producing so valuable and timely a volume.' Jeffrey Jerome Cohen, George Washington University, USA 'Queer Movie Medievalisms stands alone in the intense and far-ranging (pink) spotlight it deploys to examine cinematic encounters with the so-called "Dark Ages." Combining impeccable scholarship and enthusiastic engagement, the essays in this volume consider how "the medieval" becomes a destabilizing queer space for a range of American and European stars and films.' Alex Doty, Indiana University, USA '... provide[s] the basis for the creation of interdisciplinary as well as intercultural theories of adaptation.' Adaptation