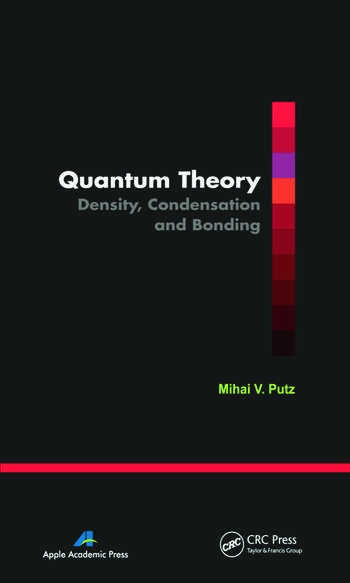 Quantum Theory: Density, Condensation, and Bonding presents in a unitary manner the main actual theories of matter, mainly the density function theory (DFT) for fermions, the Bose-Einstein condensation (BEC) for bosons, and chemical bonding as a special realization of the first two so-called mixed fermionic-bosonic states. The book covers the modern and ultimately developed quantum theories involving the key concepts of density, condensation, and bonding. The book compiles, for the first time, the density functional theory with Bose-Einstein condensation and chemical bonding theories in a fresh and novel perspective.

The book introduces modern theories of matter structure and explains the nature of chemical bonds under the consecrated and ultimate quantum paradigms of molecular structure. The book is divided into three parts, one for each level of studies:

Part I: Primer Density Functional Theory is suitable for undergraduate introductory courses in physics, chemistry, and the natural sciences.

Part III: Modern Quantum Theories of Chemical Bonding is written for the post-graduate, master or doctorate courses on quantum structure of molecules in chemistry or natural sciences.

Thus, this book is organized as a succession of three linked courses, from undergraduate, to graduate, to postgraduate levels in modern quantum theories of many-body systems.

It covers three main concepts: density, condensation, and bonding and contains the most celebrated and challenging theories of matter. The book provides a fresh perspective on the quantum theory of structure of physico-chemical systems and will show students at all levels and researchers the way for future elaboration and discoveries toward the unification of the physical and chemical concepts of matter.

Mihai V. Putz is a laureate in physics (1997), with an MS degree in spectroscopy (1999), and PhD degree in chemistry (2002), with many post doctorate stages: in chemistry (2002-2003) and in physics (2004, 2010, 2011) at the University of Calabria, Italy, and Free University of Berlin, Germany, respectively. He is currently Associate Professor of theoretical and computational physical chemistry at West University of Timisoara, Romania. He has made valuable contributions in computational, quantum, and physical chemistry through seminal works that appeared in many international journals. He is actively promoting a new method of defining electronegativity, DFE (Density Functional Electronegativity), among new enzyme kinetics (Logistic Enzyme Kinetics), and of new structure-activity relationship (SPECTRAL-SAR) model for a unitary quantum approach of the chemical reactivity targeting the bio-, pharmaco-and ecological analytical description.

Recently, he is Editor-in-Chief of the International Journal of Chemical Modelling and the International Journal of Environmental Sciences. He is member of many professional societies and has received several national and international awards from the Romanian National Authority of Scientific Research (2008), the German Academic Exchange Service DAAD (2000, 2004, 2011) and the Center of International Cooperation of Free University Berlin (2010). He is the leader of the Laboratory of Computational and Structural Physical Chemistry at Chemistry Department of West University of Timisoara, Romania, where he conducts research in the fields of quantum chemistry and quantitative-structure activity relationships (QSAR). In 2010 Mihai V. Putz was declared through a national competition the Best Researcher of Romania.

“This book addresses the need of refreshing the quantum theory by merging the fermionic and bosonic features of matter; the fruitful field of chemical bond offers such perspective, and it is originally addressed by the author in this monograph. It is a concise, competent, and simulative text, certainly an asset for any advanced student or researcher in quantum physical chemistry.”
--Prof. dr. Vasile Chis, Faculty of Physics, Babes-Bolyai University, Romania

“Informative and rigorous, this treatise on modern quantum theory will be highly appreciated by undergraduates and graduates students and professional researchers as well. Quantum theories face since their beginning the challenge of explaining the nature of the chemical bond and the structure and the properties of the matter. Prof. Mihai Putz brings the reader right into the middle of the ab-initio arena by presenting in details the Density Functional Theory (DFT), the best available tool we have so far to understand electronic bonding and reactivity of N-electrons systems. The link to Bose–Einstein condensates represents a crucial passage of this recommendable book that finally introduces the bondon, the original particle corresponding to the chemical bond (field). In the year of Higg’s particle consecration, Prof. Putz’s new bosons promise a substantial increase of our knowledge of the chemical bond.”
--Dr.Ottorino Ori, Actinium Chemical Research, Rome, Italy 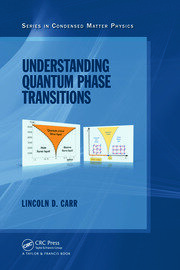 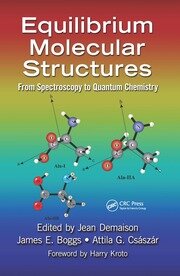 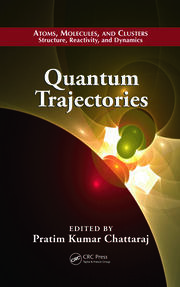