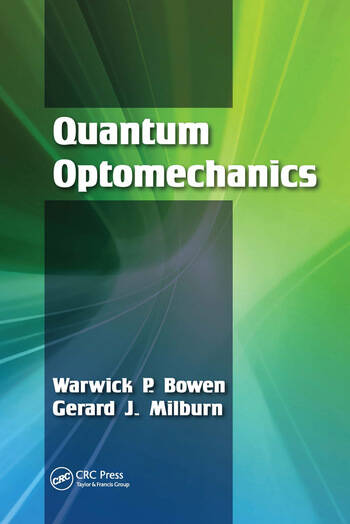 Written by leading experimentalist Warwick P. Bowen and prominent theoretician Gerard J. Milburn, Quantum Optomechanics discusses modern developments in this novel field from experimental and theoretical standpoints. The authors share their insight on a range of important topics, including optomechanical cooling and entanglement; quantum limits on measurement precision and how to overcome them via back-action evading measurements; feedback control; single photon and nonlinear optomechanics; optomechanical synchronization; coupling of optomechanical systems to microwave circuits and two-level systems, such as atoms and superconducting qubits; and optomechanical tests of gravitational decoherence.

Coherent Interaction between Light and Mechanics

Warwick P. Bowen is a professor of physics and Australian Research Council Future Fellow at the University of Queensland. He manages the Quantum Opto- and Nano-mechanics Program of the Australian Research Council Centre of Excellence for Engineered Quantum Systems. He received his PhD in experimental physics from the Australian National University. His current research interests include quantum optomechanics, precision metrology and sensing, and biological applications of quantum measurement.

Gerard J. Milburn is a professor of physics at the University of Queensland and director of the Australian Research Council Centre of Excellence for Engineered Quantum Systems. He received his PhD in theoretical physics from the University of Waikato. His current research interests include quantum optomechanics, superconducting quantum circuits, and quantum control.

"The alliance between the leading experimentalist Bowen and the prominent theoretician Milburn has produced a substantial text which deserves wide usage…A very strong feature of the book is the examples of practical devices which have been fabricated which may be used to test theoretical ideas and thence to devise novel applications which in turn may require the design of new devices. The co-habitation of such practical aspects with the elegantly presented underlying quantum theory ensures that the reader is aware that quantum optomechanics is a growing reality.
Underlying the future opportunities which can be expected to result from further effort in this field, the authors treat the largely unexplored topic of opto-mechanical synchronisation which is highly pertinent to the development and use of arrays of opto-mechanical systems…This is a stimulating text which offers direct entry into a field rich with both theoretical and experimental challenges."
—K. Alan Shore, Bangor University, School of Electronic Engineering, in Contemporary Physics (Vol. 57, No. 4)

"This is the first graduate-level textbook that deals with the theoretical and experimental aspects of quantum optomechanics—i.e., the quantum effects of the mechanical effects of light…This is a very clearly written book about a subject that is difficult to describe. It is a must-have for anyone studying the quantum effects of light."
—Mircea Dragoman, National Research Institute in Microtechnology, Voluntari, Romania (Optics & Photonics News)

"This is a thorough and thoughtful book. It will be indispensable to people working on optomechanics and its many hybrids. It provides clear and well-written discussions of many topics in quantum optomechanics. It also provides clear and well-written descriptions of how to translate broad concepts from quantum optics into very specific realizations in optomechanical systems."
—Jack Harris, Professor of Physics, Yale University

"The field of quantum optomechanics has exploded in the last few years with applications from exploring the relationship between quantum mechanics and gravity to precision sensing and the detection of the weakest signals in the universe. Bowen and Milburn’s book is excellent and timely, introducing the reader to the fundamental concepts and methodologies and their application before probing ideas at a deeper level. With a range of well-set exercises, it will become a must-have advanced textbook as well as a splendid reference for the expert."
—David McClelland, Professor of Physics and Director of Centre for Gravitational Physics, The Australian National University 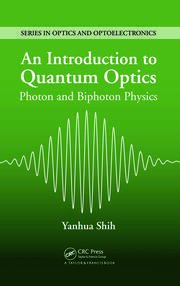 An Introduction to Quantum Optics: Photon and Biphoton Physics 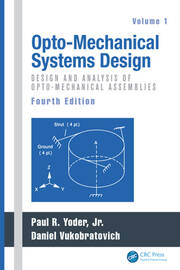 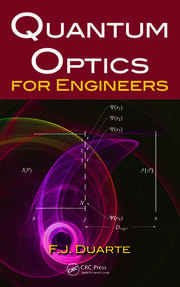