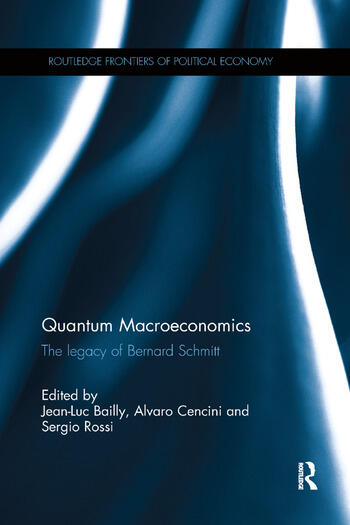 Quantum Macroeconomics presents a new paradigm in macroeconomic analysis initiated by Bernard Schmitt. It explains the historical origin, the analytical contents, and the actual relevance of this new paradigm, with respect to current major economic issues at national and international level. These issues concern both advanced and emerging market economies, referring to inflation, unemployment, financial instability, and economic crises.

In the first part of this volume, leading scholars explain the historical origin and analytical content of quantum macroeconomics. The second part explores its relevance with respect to the current major economic issues such as the sovereign debt crisis and European monetary union. The volume also features two previously unpublished papers by Bernard Schmitt. The main findings of this book concern the need to go beyond agents’ behaviour to understand the structural origin of a variety of macroeconomic problems, notably, inflation, unemployment, financial instability, and economic crises. The originality that pervades all contributions is plain, when one considers the lack of any structural explanation of national and international economic disorders in the literature within the mainstream approach to economics.

This edited volume is of great interest to those who study macroeconomics, monetary economics and money and banking.

Preface: The research work and scientific legacy of Bernard Schmitt

4 A macroeconomic analysis of unemployment

10 A one-country reform: the solution to the sovereign debt crisis

is Full Professor of Economics, University of Lugano, Switzerland.

is Full Professor of Economics, University of Fribourg, Switzerland.