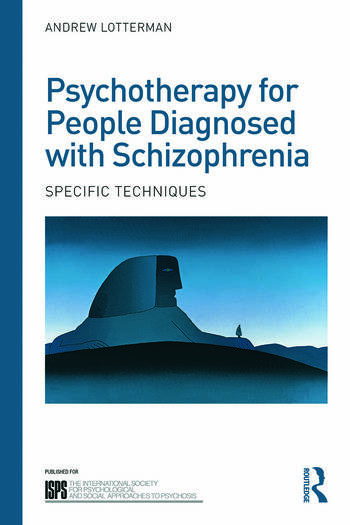 In this unique book, Andrew Lotterman describes a creative approach to the psychotherapy of people diagnosed with schizophrenia and other forms of psychosis. Lotterman focuses on specific techniques that can be used in psychological therapy with people who have symptoms such as hallucinations, delusions, paranoia, ideas of reference, looseness of association and pressured speech. Formerly titled Specific Techniques for the Psychotherapy of Schizophrenic Patients, this edition updates research on the biology and psychology of psychosis and explores the many controversial issues surrounding diagnosis. It also includes two new chapters on the psychology and treatment of paranoia and on the experience of having a shattered self and the delusion of being the Messiah.

Lotterman’s innovative approach aims to help patients with one of the most debilitating symptoms of psychosis: the collapse of language use. By restoring language as a way of communicating the patient’s meaningful inner life to himself and to others, the patient is then able to undertake a more traditional form of verbal psychotherapy. The book presents detailed case histories of patients who have benefited from this method, highlighting the specific techniques used and the psychological improvements that followed. The approach presented here complements medication-based treatments that have only had partial success, as well as other psychological approaches such as cognitive behavioural therapy, family therapy and social skills training.

Psychotherapy for People Diagnosed with Schizophrenia

will be a valuable text for clinicians working with people suffering from psychosis, including psychotherapists, psychoanalysts, psychologists, physicians and social workers. It will also be of great interest to academics and students.

Andrew Lotterman, M.D., is a training and supervising psychoanalyst and associate clinical professor of psychiatry at Columbia University, USA. He has published widely on psychotherapy for psychosis.

‘With a renewed interest in holistic treatment for schizophrenia, psychotherapy re-emerges as an important modality and Lotterman's classic book shows us how to do it! Lotterman's expertise is gritty and real with numerous case examples to make his approach clear.’ - Eric R. Marcus, MD, Director of Columbia University Center for Psychoanalytic Training and Research and Professor of Clinical Psychiatry at Columbia University College of Physicians and Surgeons, USA.

‘This is a terrific book, full of astute theoretical formulations, recommendations for clinical technique, and case examples, written by a skillful clinician and clear thinker with a true heart for this essential form of treatment. It is a must for any clinician caring for psychotic patients who maintains a serious psychotherapeutic ambition in his or her work.’

‘Andrew Lotterman's work puts excellent tools and maps in the hands of the practicing clinician with which to navigate the complexities of the psychoanalytic work with persons experiencing psychotic states. I highly recommend this worthwhile book for anyone interested in psychodynamic and psychotherapeutic approaches to psychosis.’